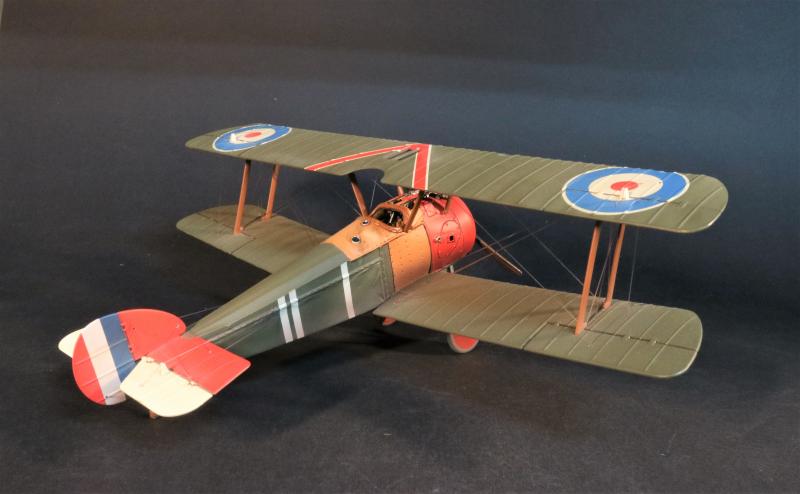 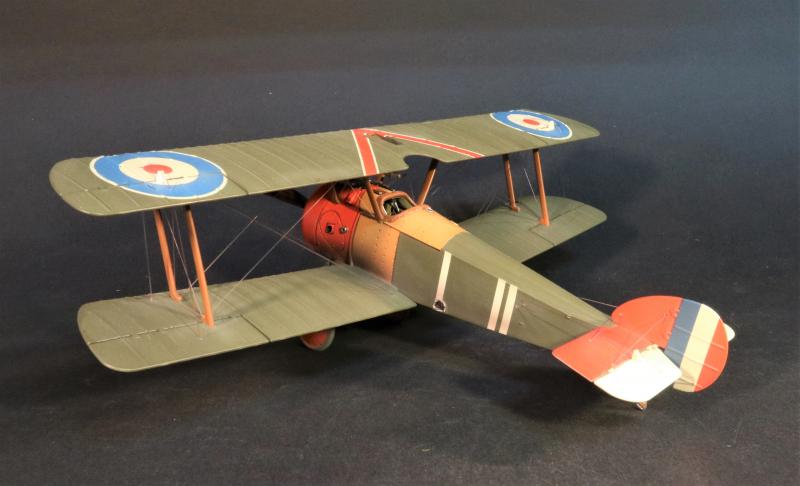 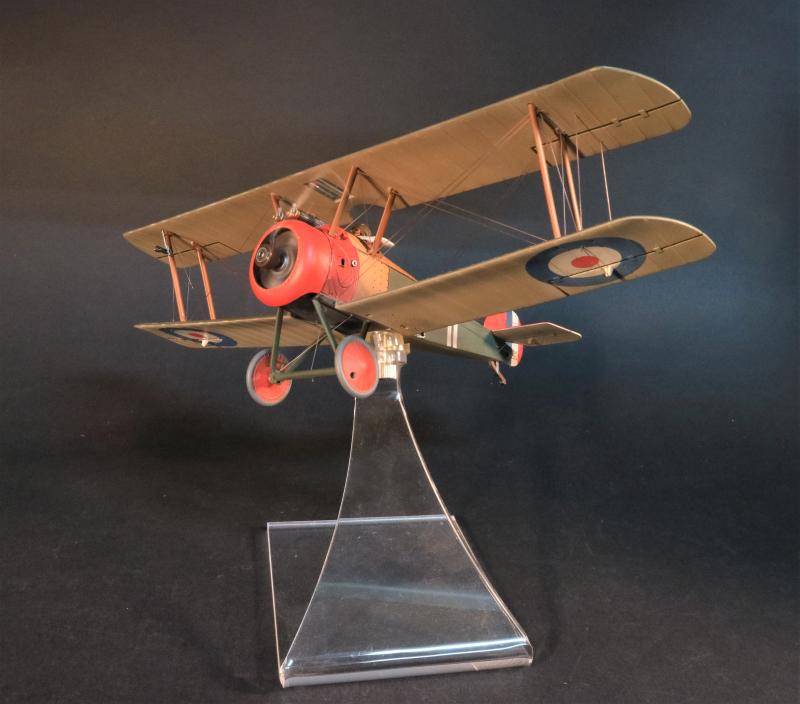 The ACE-10N is a re-tooled version of ACE-10, the plane that became famous because it was the machine that Capt. Roy Brown used to chase Baron Von Reichtofen over the Somme on 21st April 1918.

It was a flight from which the Baron did not return. Brown had fired at the Baron’s Dr1, and upon landing was told that he had shot it down.

There were 3 white bars on the fuselage sides, one ahead of where a roundel might have been, and two aft. A red chevron, edged in white appeared on the top wing across the centre section. The Sopwith Camel entered squadron service in June 1917 with No.4 squadron of the Royal Air Service, near Dunkirk.

The following month, it became operational with No. 70 Squadron of the Royal Flying Corps.

By February 1918, 13 squadrons were fully equipped with the Camel.

Originally intended as a replacement for the Sopwith Pup, its designs was more evolutionary than revolutionary, featuring a box-like fuselage structure, an aluminium engine cowling, plywood covered panels around the cockpit, and fabric covered fuselage wings and tail.

Two Vickers machine guns were mounted directly in front of the cockpit, firing forward through the propeller with synchronization gear. A metal fairing over the gun breeches created a “hump” that led to the name Camel.

More than 5,000 Camels were produced, and it was responsible for destroying 1,294 enemy aircraft, between June 1917 and November 1918, and was the most successful fighting scout employed by either side in terms of the sheer numbers of victories that it scored