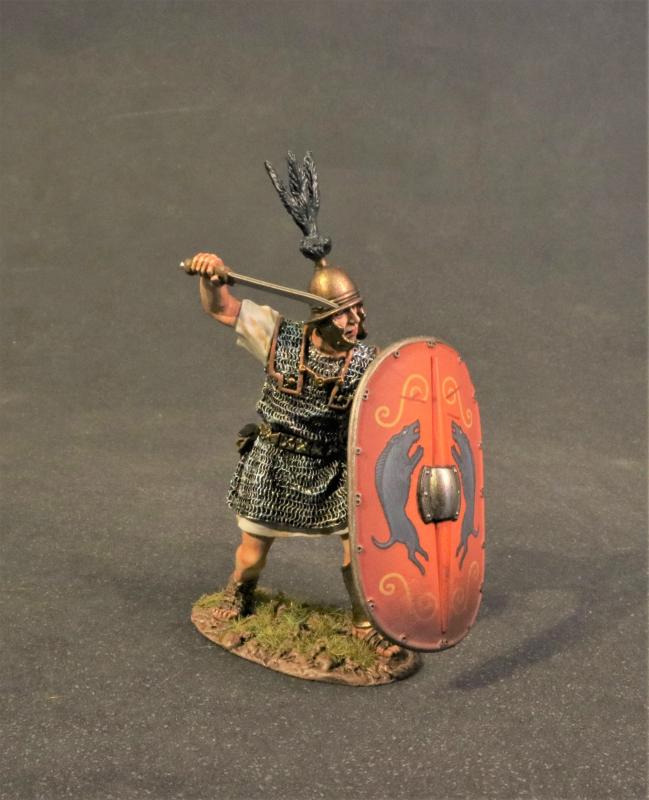 The Principes (singular princeps) were originally men in the prime of their lives , who were also fairly wealthy, and could therefore afford decent equipment. These were the heavier infantry of the legion, and their usual position was the second battle line.

By the time of the Punic wars infantry were sorted into classes according to age and experience rather than wealth. The Principes then became the older veterans but their equipment and role remained the same.

The velites would gather at the front , and cover the advance of the hastate. If the hastate failed to break the enemy, they would fall back on the Principes. If the principes could not break them then they would retire behind the Triarii.

This order of battle was almost always followed. It was Scipio Africanus at the Battle of The Great Plains, and the Battle of Zama, who modified this tactic.