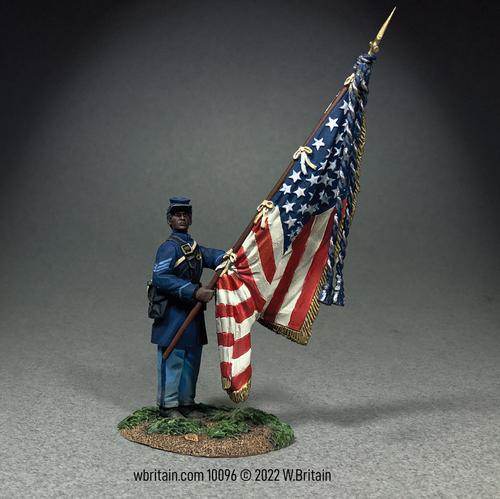 Born a slave, William Harvey Carney became an American fighting man and color bearer of the 54th Massachusetts Volunteer Infantry.  He was awarded the Medal of Honor for his gallantry during the Battle of Fort Wagner (Battery Wagner) in 1863, but he did not receive the honor until 1900, nearly 37 years after the battle.  His citation reads in part, “When the color sergeant was shot down, this soldier grasped the flag, led the way to the parapet, and planted the colors thereon...he was twice severely wounded.”  In 1901, shortly after his medal was awarded, a song was published about his daring exploits:  Boys, the Old Flag Never Touched the Ground.