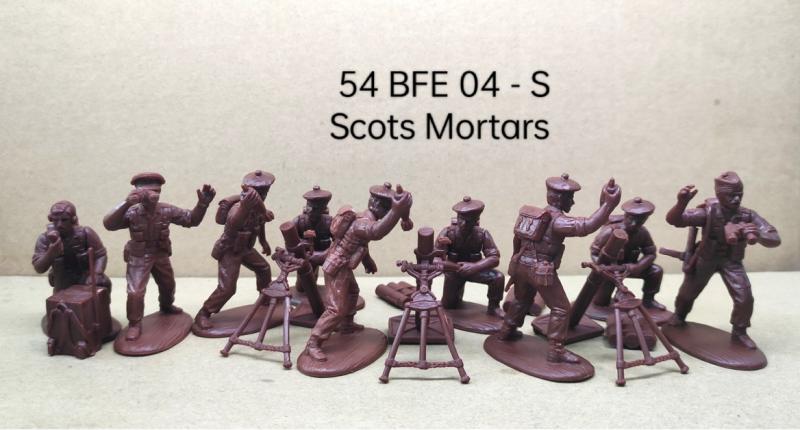 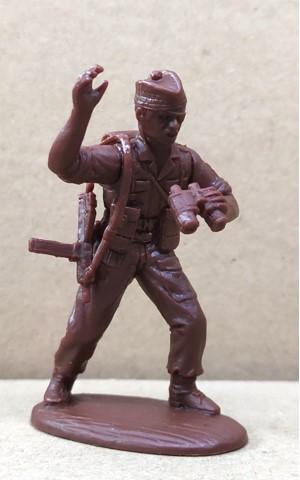 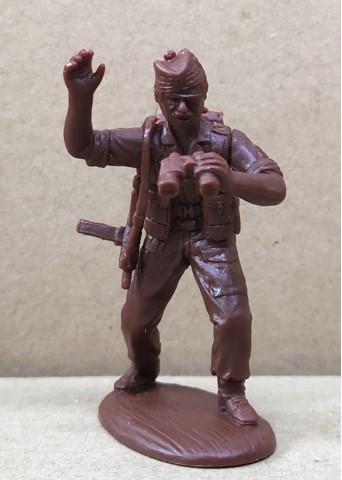 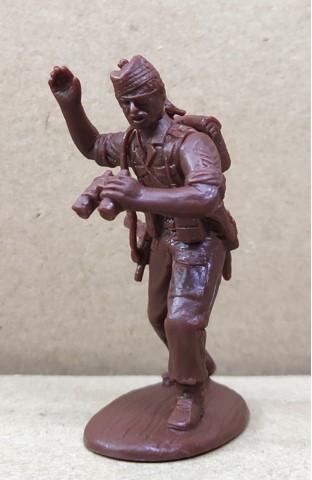 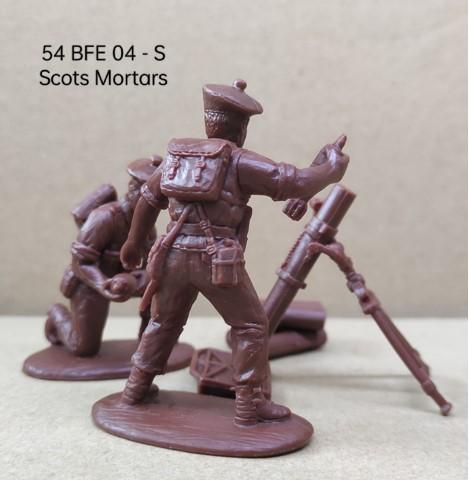 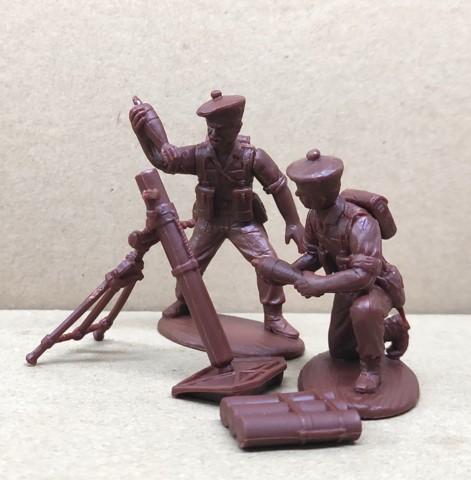 This set is a thematic variation on the above set for those collectors like me who love the war comics from the UK such as Commando and Battle comics, where every now and then, there are cover art of Scottish soldiers in Balmoral bonnets including the one-eyed Sergeant wearing the Glengarry cap.

As above, the set contains 9 model soldiers comprising of 1 officer, 1 sergeant, 1 radio-operator (option forward observer), and 3 teams of one gunner and one loader with a 3-inch mortar.  The weapons, heads, and arms are interchangeable to enable the assembly of different postures.

Options include the iconic one-eyed Sergeant in a Glengarry bonnet.  Of course, one can fix him up with a Thompson sub-machine gun.

Scottish soldiers would be wearing steel helmets in battle, but in a support position at a distance away from the enemy, they may find it safe enough to wear their bonnets.

The 3-inch mortar was the most common infantry support weapon for the British Army during WWII.  They were deployed at the company level and sometimes at platoon level.