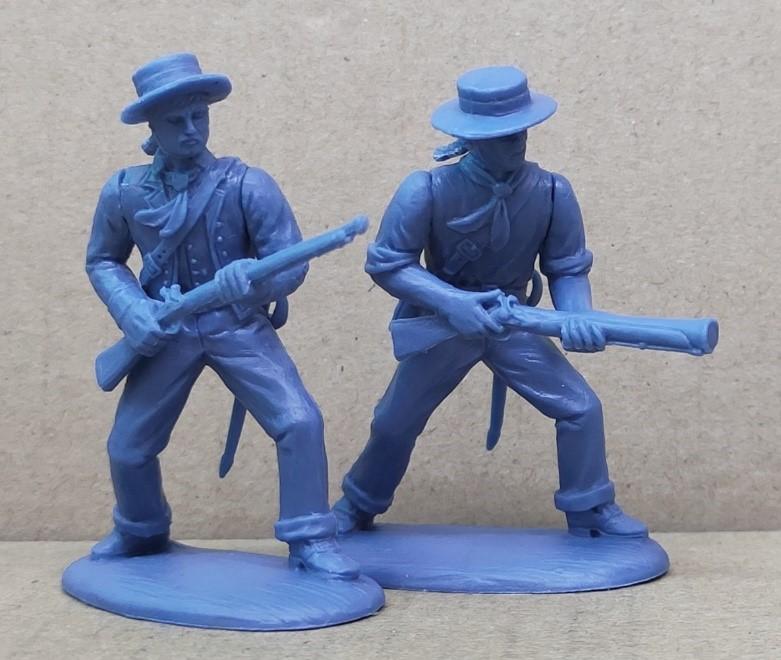 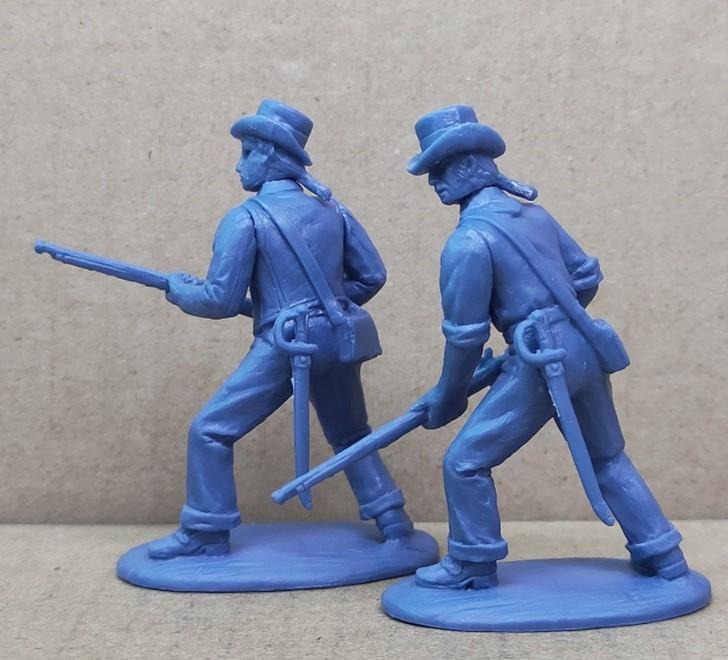 The set contains 9 model soldiers comprising of 1 officer and 8 infantrymen. Except for the officer model, the other models are the same as the previous box-set, except for the headwear.

The Colonial Marines (Negro) were recruited from freed slaves by the British Navy during the War of 1812. They were engaged in combat at the southern theatre of operations including Baltimore and Washington and was reported to have performed well.

This box-set is a simple extension of the Scott’s Brigade for the purpose of adding colours to the range.

Includes:  Infantry advancing into combat: the march attack; and the attacking with the bayonet.  The officer is from the Royal Marines.