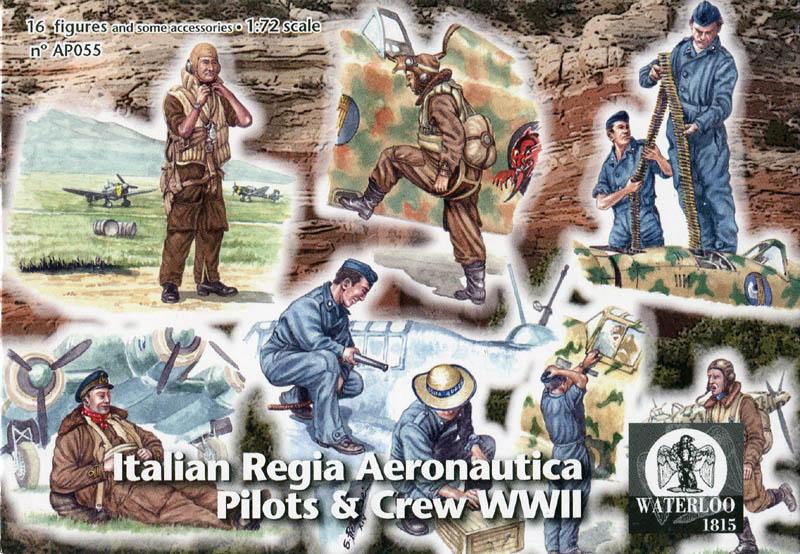 After the Great War, Italian aviation was held in high regard, and Italian pilots frequently broke records and achieved firsts. However these encouraging early successes were not maintained, and by the time Italy declared war in 1940 their air force, the Regia Aeronautica, was suffering from the same problems that faced the rest of the armed forces--design and production of equipment simply could not keep up with the other European powers.  Italian fighters were particularly weak, with large numbers being virtually obsolescent, and even newer models were usually less well armed and protected than the opposition.  Scattered over a wide area (including Russia and even briefly Belgium), there were also major problems with supply of fuel and spare parts, yet the highly skilled crew fought on against these odds, eventually withdrawing from North Africa and concentrating on defending Italy from the Allied invasion.  In 1943, when Italy surrendered to the Allies, the Regia Aeronautica planes and personnel found themselves as divided as their country, some fighting for the King in the South alongside the Allies, and the rest fighting with the Germans for Mussolini's RSI.