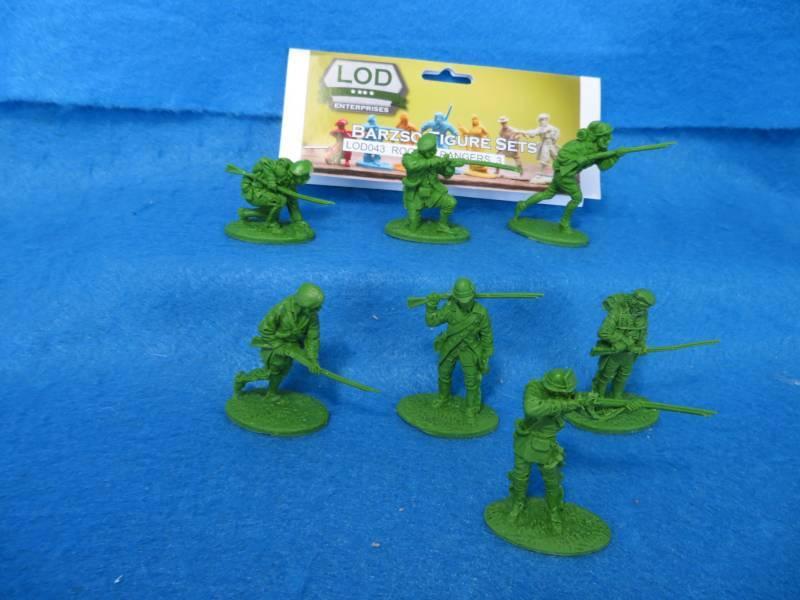 Using unconventional tactics for the time, Rogers' Rangers became primary scouts for the British Army in the mid-1700's.

This is the third release of Barzso's Rogers' Rangers.  This figure set includes seven (7) poses.  Originally released in 2010 with the Battle of Bushy Run, these dynamic poses return in the same green they initially adorned the playset battlefield in.