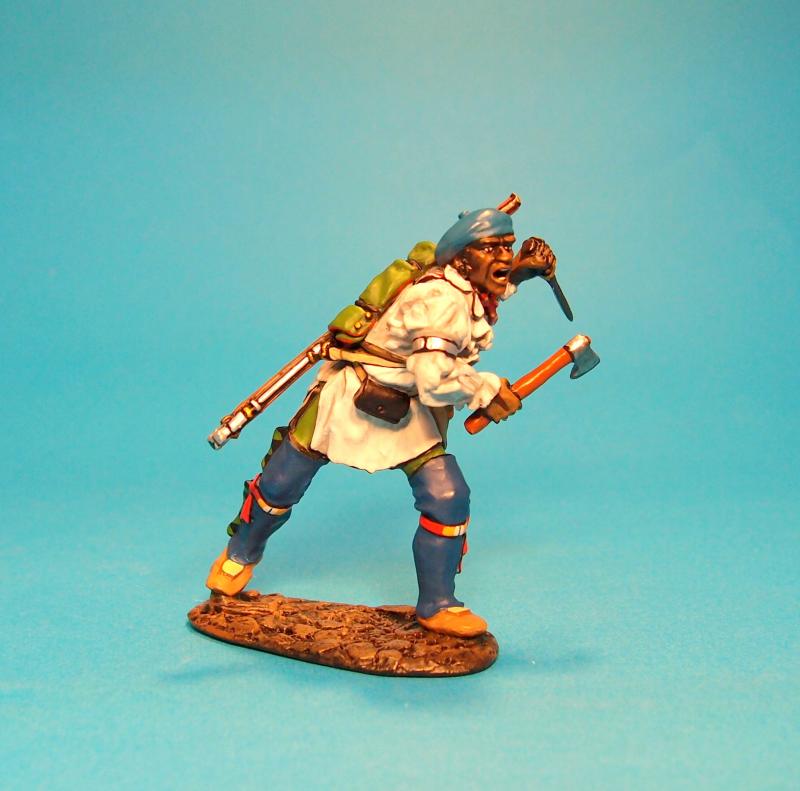 At 26 years old, The Duke was a Ranger veteran, and had a reputation as a fierce warrior, which he had gained from his valor at the Battle Of Ticonderoga.

For his 3 years of service in the Rangers, his owner had granted him his freedom.

He was known as The Duke for his blue Indian stockings, his fine white shirts with chitterlings, and his spotted handkerchief.

On leave in New York in July 1759, the bigotry in the colonies was shown in his unfair treatment.  Because of an unproven charge of pilfering and his color, he was picked up and thrown in jail at Goshen in Orange County.  Even though his girlfriend Rosie had his freedom papers, the authorities still advertised in the New York Mercury,

Whosoever owns the said negro, may have him upon paying the charge

Major Rogers always took care of his own, and managed to obtained The Dukes release, just in time for him to volunteer for the St. Francis Raid!