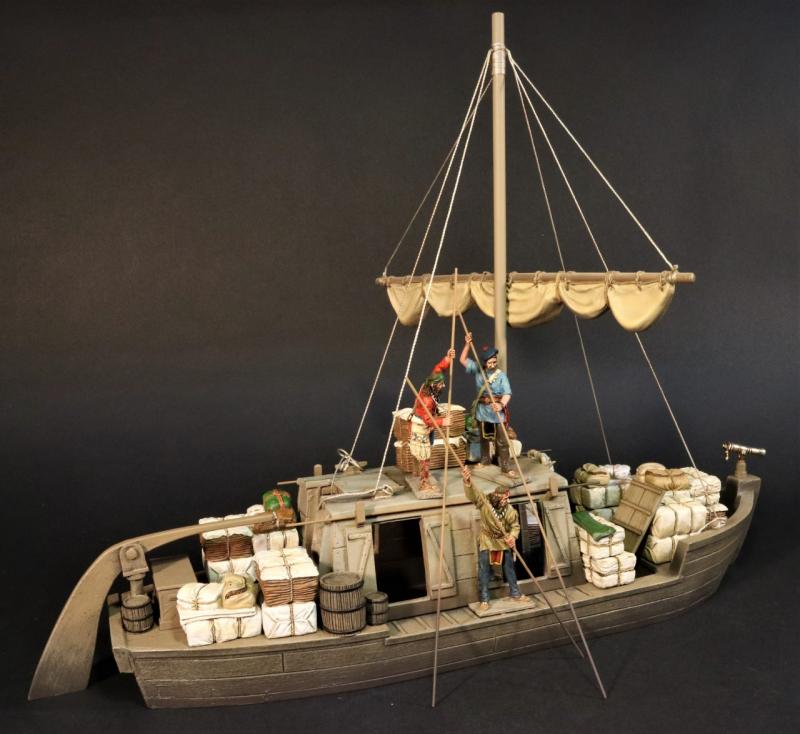 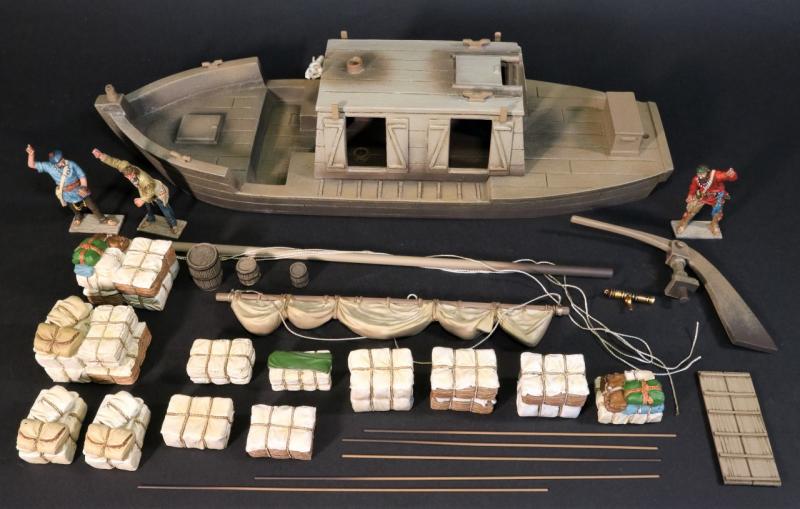 River Keel Boat, The Rocky Mountain Rondezvous, The Fur Trade--includes baggage -- THIS ITEM IS BEING REMADE!
$488.00

THIS ITEM IS BEING REMADE!

A keelboat is a riverine cargo-capable working boat, with shallow structural keels, nearly flat-bottomed, which is sometimes also called a “poleboat”.  These boats are designed for the navigation of rivers, shallow lakes, and sometimes canals that were commonly used in America, including use in great numbers by settlers making their way west.  They were also used extensively for transporting cargo to market, and for exploration and trading expeditions, because water transport was then the most effective means to move bulky or heavy cargo.

Keelboats were similar to riverboats, but, like other barges, were unpowered and were typically propelled and steered with oars or “setting poles”.  The process of moving a keelboat upriver was extremely difficult, depending on the current.  Most keelboats were 50 to 80 feet long and 15 feet wide, with a cabin in the middle or at the rear, but were also sometimes constructed with an open deck.

Keelboats have been used for exploration, such as during the Lewis and Clarke Expedition, but were primarily used to transport cargo or settlers in the early 19th Century.

PLEASE NOTE THAT WSP-101 and WSP-102 are exactly the same Baggage sets which are included with the WSP-100 Keel Boat set.  These are extra sets to fill out a display, or add to the upcoming Fur Trade Post/Fort.