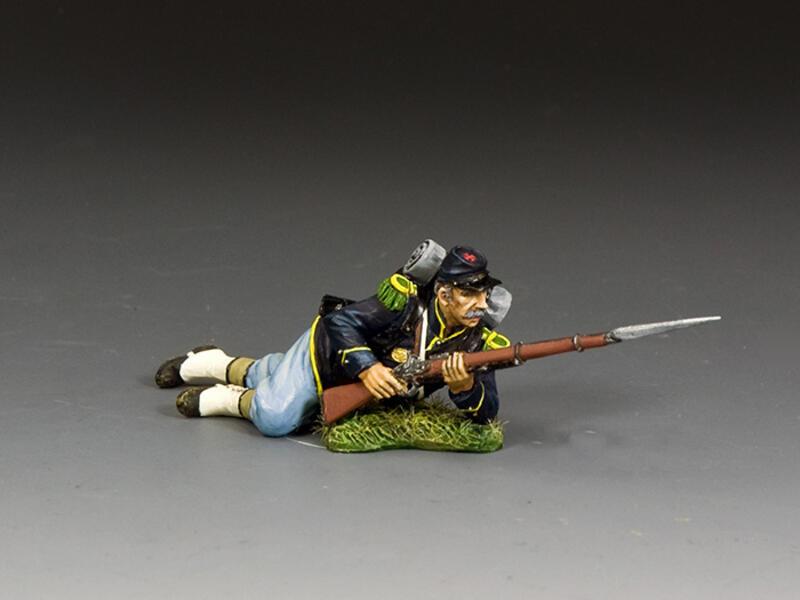 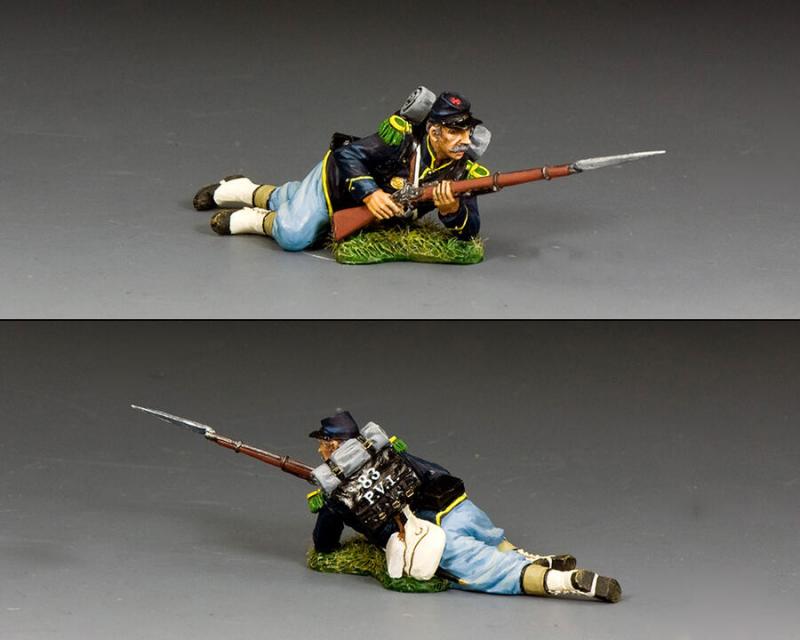 Also in a similar position to the previous figure, but raising his head to get a clearer picture of the opposing forces.