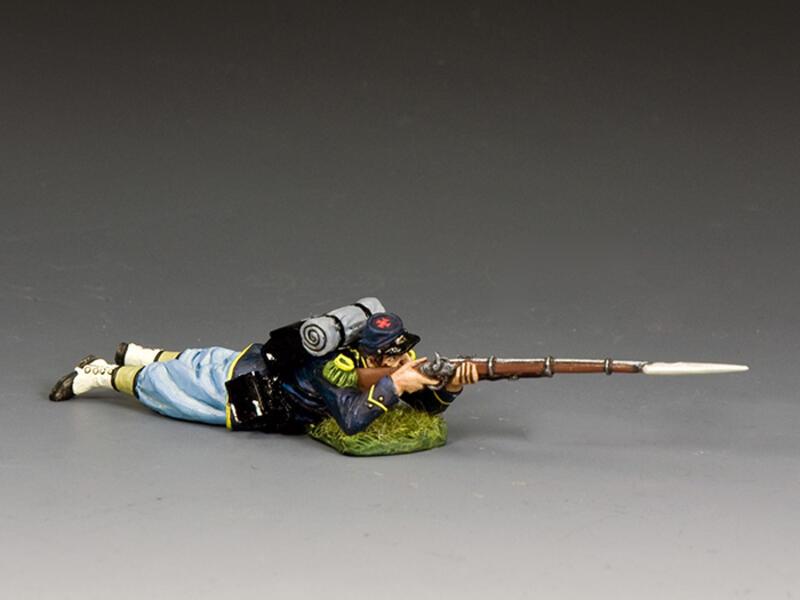 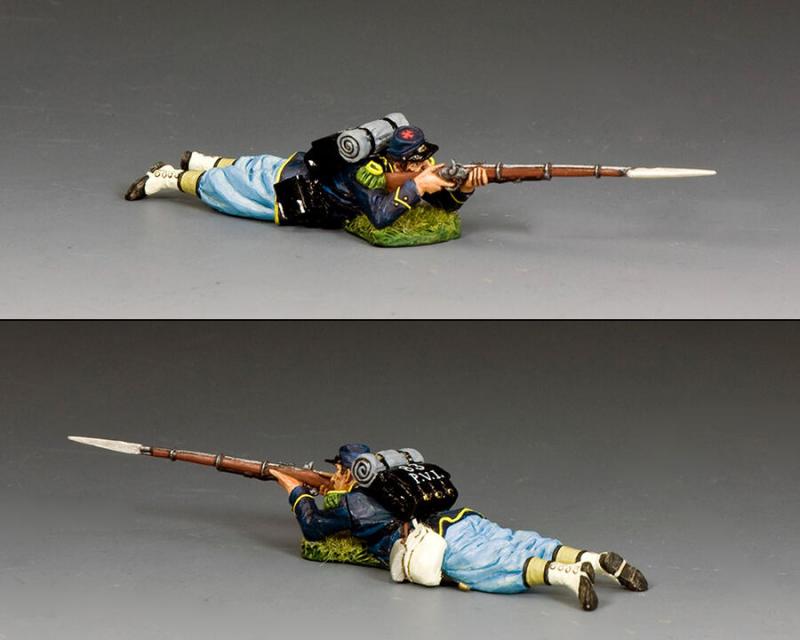 This private adopts the most comfortable position to open fire on the enemy.