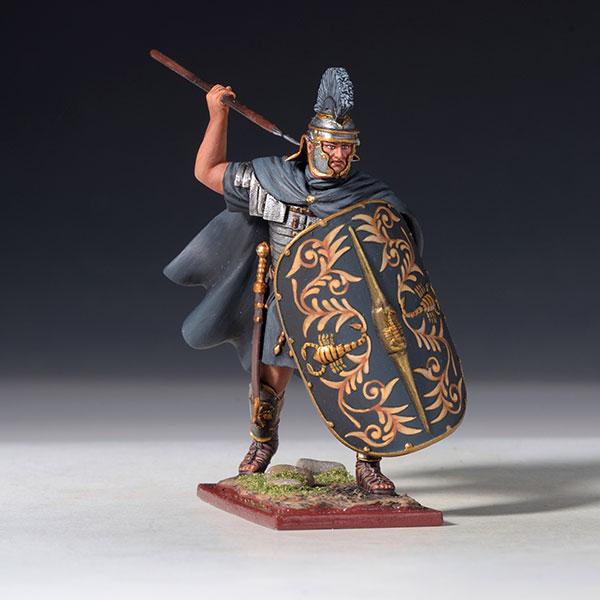 Praetorian Guard in Combat with Cape & Spear or Pilum

The Praetorian Guards were created by Emperor Augustus in 27 BCE.  The Guard’s concept was an outgrowth of elite bodyguard units utilized by generals and senators for protection in the Republican period.
From its initial modest numbers under Augustus, the Guards grew in number and political and military influence under subsequent emperors.  The Praetorians became major power brokers, often deciding who would become emperor.
Guard units were occasionally seconded to the frontier battlefields of the empire, but, for the most part, their service was in Rome itself.  The Praetorians received higher pay than their Legion counterparts, and their service contracts were of shorter duration.  The Praetorian Guards were eventually disbanded by Emperor Constantine in the first part of the 4th Century.