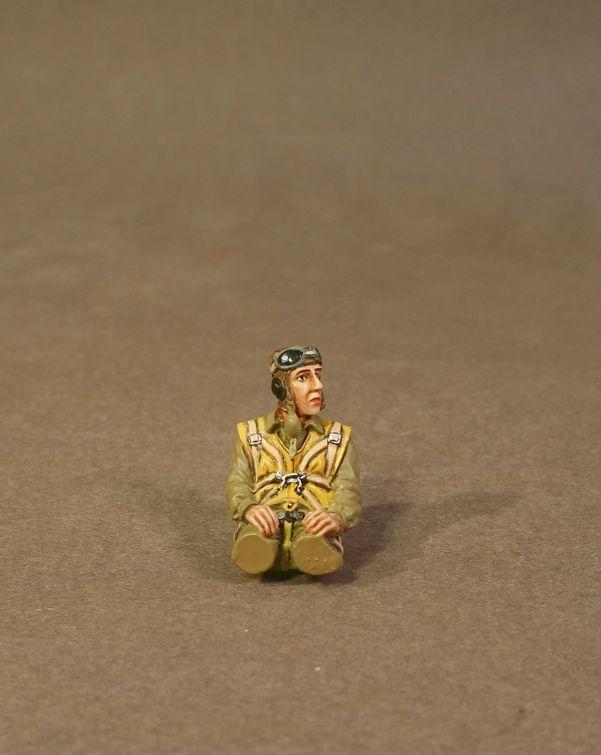 VF-84 flew F4U Corsairs and was formed around a nucleus of veterans of VF-17, the Jolly Rogers.  The new squadron's commanding officer was Lt. Cdr. Roger R. Hedrick, former executive officer of VF-17.

VF-84 was assigned to the USS Bunker Hill.  As part of Task Force 58, the carrier and Carrier Air Group 84 (CVG-84) participated in the final drive across the central Pacific.  Roger Hedrick was promoted to head CVG-84 on the combat loss of the air group's commanding officer, and Lt. Cdr. Raymond "Ted" Hill took over the fighter squadron.

On 11 May 1945, while off Okinawa, two Japanese kamikazes struck the Bunker Hill in quick succession, with a bomb penetrating to the pilots' ready room, killing 22 members of VF-84.  Both the Bunker Hill (then the TF-58 flagship) and CAG-84 were knocked out of the war.  Although VF-84 was reformed in July 1945 as an F6F Hellcat squadron, the war ended while it was still in training.  While in the Pacific, VF-84 was credited with 92 kills for a loss of four aircraft and nine of the squadron's pilots became aces.