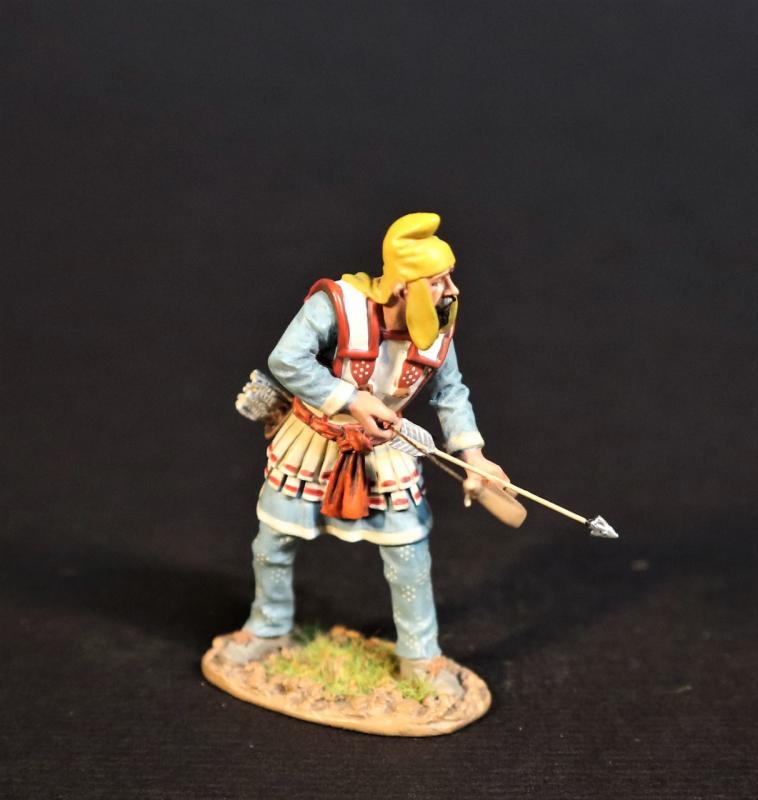 Achaemenid military units were organized decimally, in tens, hundreds and thousands.  This was a simple form of military organization and one quite popular among early armies.  The basic unit of Persian infantry is believed to be of ten men.  The first man is a shield-bearer (Spara) with a short spear, and would rest his large whicker shield on the ground to protect the rows of archers behind him.

The Sparabara, meaning “shield bearers” in old Persian, were the front line infantry of the Achaemenid Persian Empire.  They were usually the first to engage in hand to hand combat with the enemy.  Although not much is known about them today, it is believed that they were the backbone of the Persian army who formed a shield wall and used their two metre long spears to protect more vulnerable troops such as archers from the enemy.  The term is also used to refer to the combination of these shield bearers and the archers that were protected by them

The use of shielded spearmen protecting ranks of archers was nothing new, and such units had been the mainstay of Assyrian and Babylonian armies for centuries.  The Persian formation was a modification of this arrangement; nine rows of archers would be protected by one row of shield-bearers.