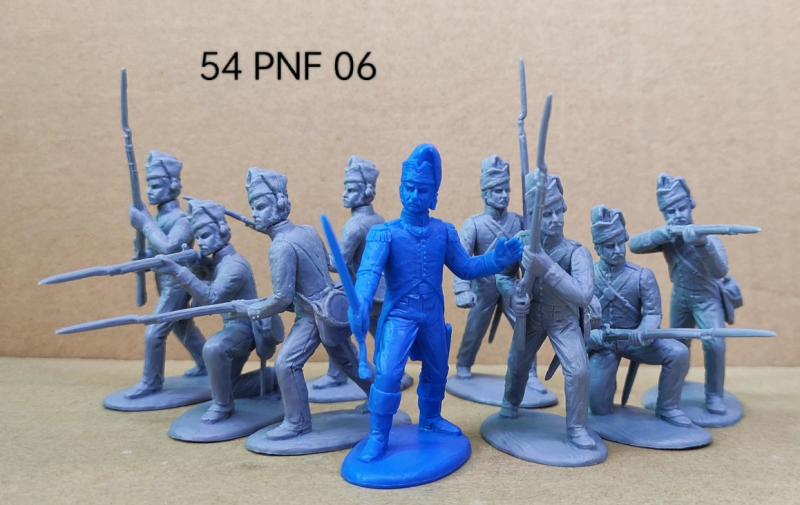 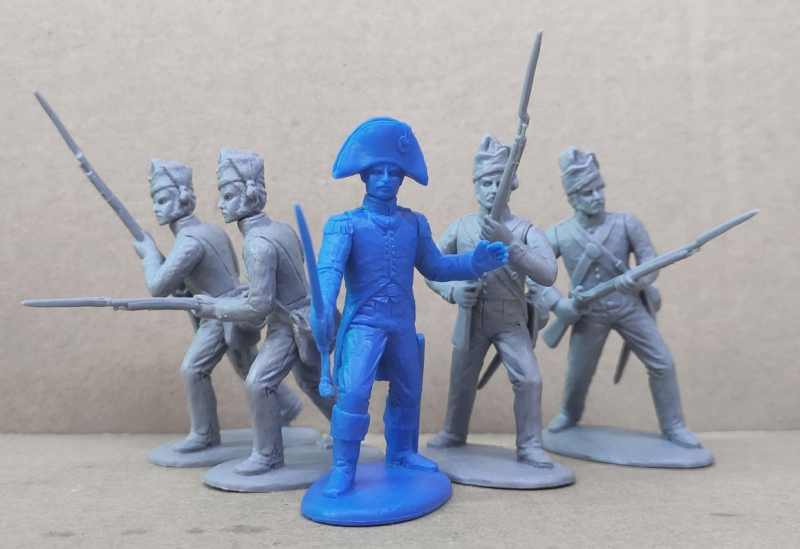 The set contains 9 model soldiers comprising of 1 officer and 8 infantrymen.  The heads and arms are interchangeable to enable the assembly of different postures.  Except for the heads, most of these models are those already issued under 54 AMR 05 Scott’s Brigade box-set.  The Spanish climate as well as the tedious routines of garrison duties along the long supply lines meant that the French, German, or Italian soldiers would be wearing only their shell jackets and the distinctive bonnet de police.

These models could also be used as Mexican militia infantry for the Alamo campaign.

An option for the officer to be wearing a bicorne is provided in the set.

(The set was designed for 1812 Scott’s Brigade but we soon realised that the models could be easily converted for Spanish Guerrilla wars 1808-18,14 as well as Mexican militia of 1836.  For those who have no interest in 1812, these other periods might be of interest.)