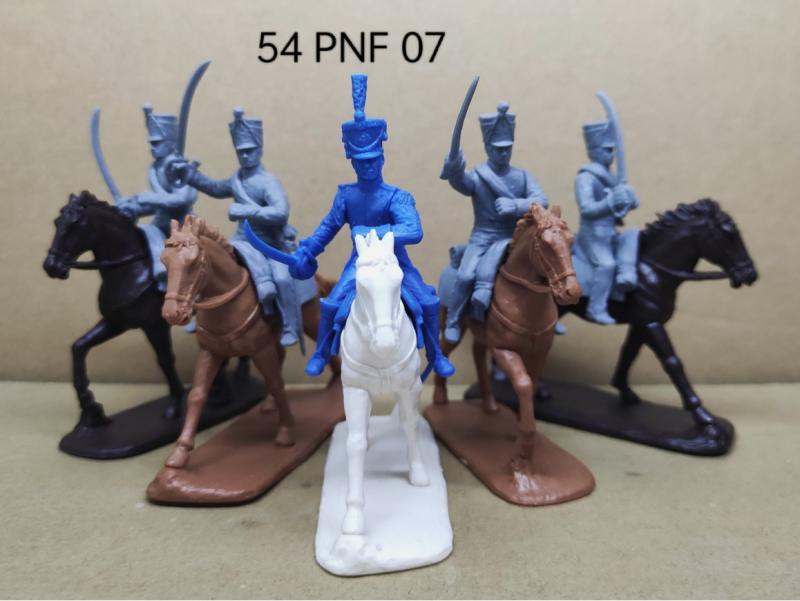 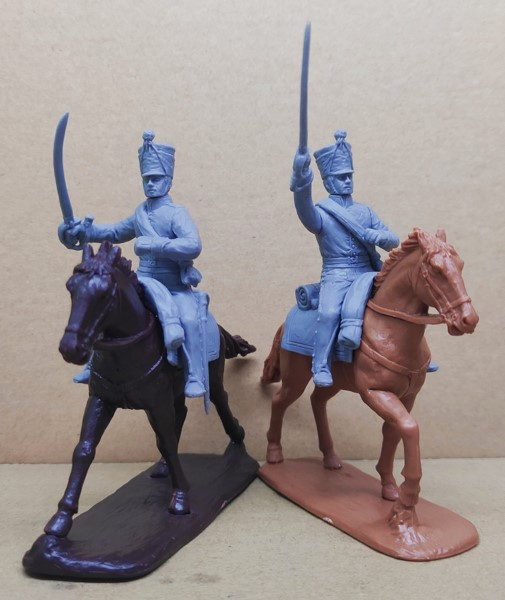 The set contains 5 model soldiers comprising of 1 officer and 4 troopers, plus 5 horse models.  The heads and arms are interchangeable to enable the assembly of different postures.  French supply lines in Spain were under constant threats by the Spanish insurgents and numerous actions were fought.  Various cavalry and improvised mounted infantry units were needed to keep the lines open.  These troopers would be wearing fatigue uniforms.  It was a popular feature of French light cavalry to wear a rolled-coat over their shoulders as added protect against sword cuts.