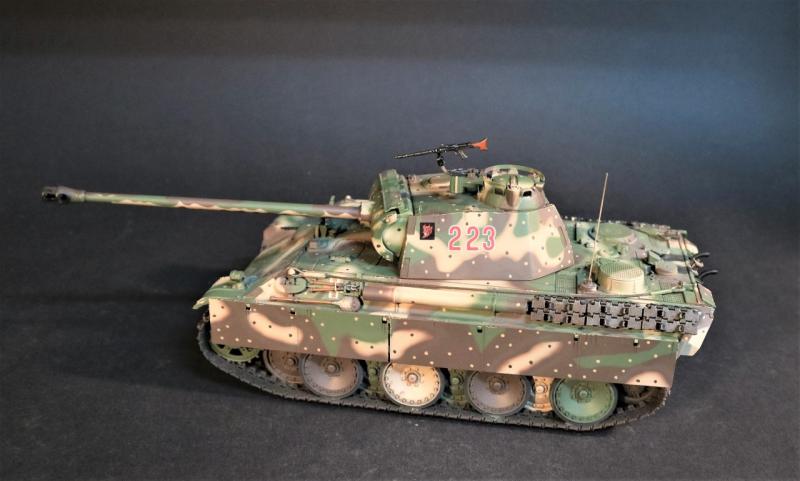 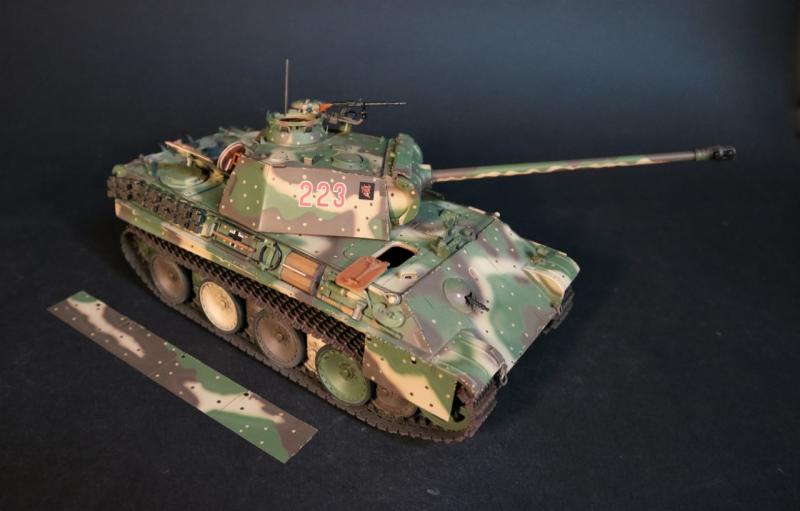 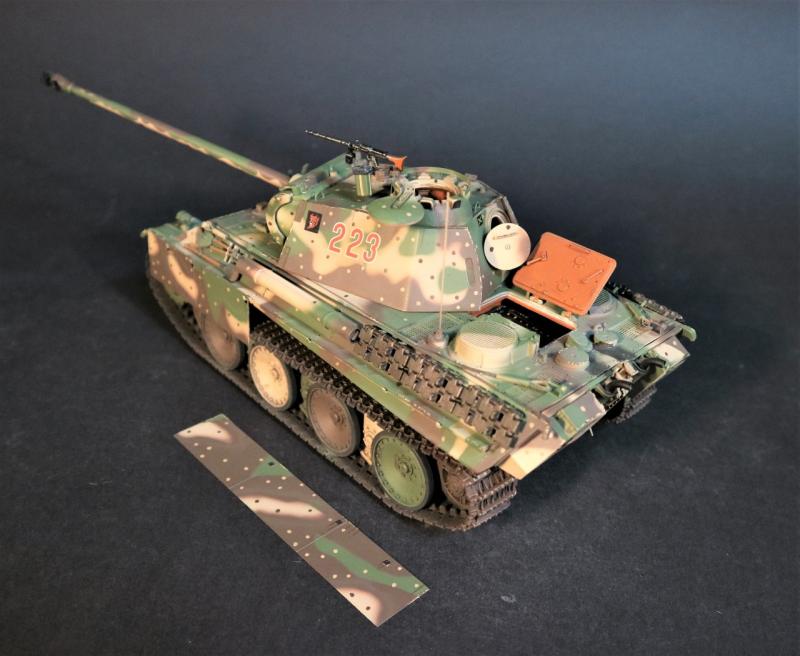 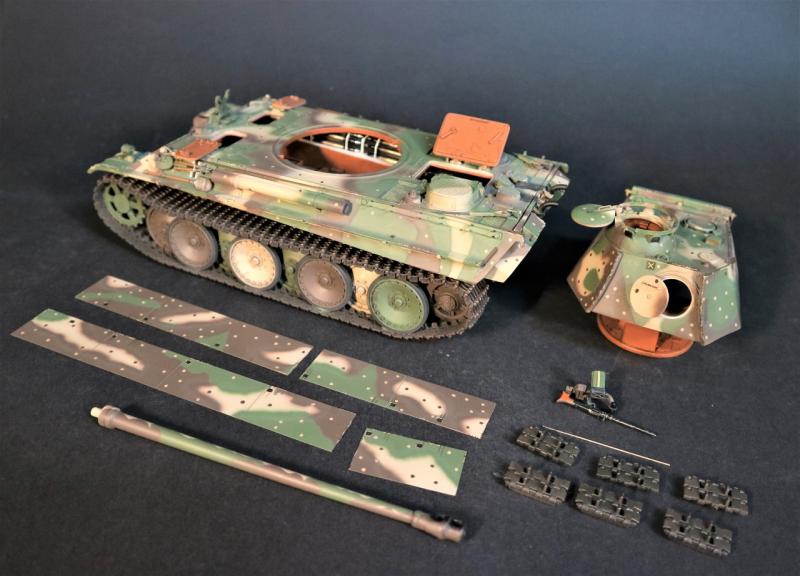 The Panzerkampfwagen "Panther" was arguably the finest tank design of World War Two.  Heavily influenced by combat experience against the Russian T-34 on the East Front, the Panther possessed an excellent balance of firepower, armor protection, and mobility.

The Panther's long barreled, high velocity 7.5 cm Kw.K. L/70 cannon possessed greater penetrating power than the 8.8 cm cannon on the Tiger I, and was capable of defeating any Allied tank.  In addition, the extremely flat shooting trajectory made first round hits at distances in excess of 1,000 meters probable.  This lethality was coupled with excellent armor protection, especially from the front, where the Panther's 80 mm front glacis plate sloped at 55 degrees provided more armor protection than the Tiger I.  Coupled with 100 mm turret and gun mantlet armor, the Panther's frontal armor was impervious to the low velocity 75 mm cannon found on the U.S. Sherman tank and British Cromwell's and Churchill's.

It was not uncommon for horrified Allied tankers to watch as multiple hits with armor piercing ammunition simply bounced off the Panther.  Even the upgunned Allied tanks like the 76mm Sherman, 17-Pounder British Firefly, and Russian T-34/85 could not penetrate the glacis plate of the Panther at normal combat ranges.  Therefore, Allied tankers usually maneuvered to get shots on the Panther's sides, where the weaker 45 mm turret sides and 40 mm hull sides could be penetrated at normal combat ranges.

Finally, the Panther rounded out its outstanding characteristics with excellent mobility. It was powered by the same Maybach engine as the Tiger I and King TIger, but because it was significantly lighter, the Panther possessed a much higher horsepower to weight ratio than the German heavy tanks.  This extra power, coupled with wide tracks that reduced the ground pressure to less than the Sherman tank, provided it with excellent cross country mobility.

The JJD Panther #223 represents a tank produced by the Daimler Benz assembly firm in the fall of 1944.  It is painted in the iconic "Ambush" or "Licht und Shatten" (Light and Shadow) camo pattern with contrasting dots unique to the Daimler Benz assembly firm; the M.A.N. and M.N.H. assembly firms used a contrasting splinter pattern on their Ambush camo Panthers.  These dots were only painted on the Panther's hull, and not on its cannon.  Another unique feature of Daimler Benz Panthers was the location of the Balkenkreuz/Baltic Crosses, which were placed under the tool racks on the left forward/right center hull sides and on the rear left stowage bin.

Panther #223 was issued to Panzer Regiment 31 of the 5. Panzer Division. This storied regiment fought in the campaigns in Poland, France, Yugoslavia and Greece. It was earmarked to be shipped to North Africa to join Rommel's forces in 1941, but was diverted at the last minute to Russia, where it remained for the rest of the war. Panzer Regiment 31 and the 5. Panzer Division gained a fearsome reputation on the East Front, and Russian Generals often ordered their troops to avoid contact with the division at all costs.

Panther #223 is depicted as it appeared when used by Panzer Regiment 31 in November 1944 in East Prussia, where, along with the Fallschirm-Panzerkorps "Hermann Goering", it successfully re-took Goldap (the first German city to fall to the Soviets).  While the Germans held the city for the rest of the year, this was to be one of the last German victories of the war.  On the forward turret sides it displays a striking Red Devil head (the unit insignia of Panzer Regiment 31) with the yellow "X" in a black box insignia of 5. Panzer Division is on the top of the turret rear.  It also has the white section of the rear Balkenkreuz painted red as seen in period photos.  This practice was to make the Balkenkreuz more difficult to see, so it could not be used as an aiming point by enemy gunners.  Finally, Panther #223 carries a horseshoe welded to the front glacis plate; a common good luck charm of Panzer crews and seen on many of the Regiment's tanks.