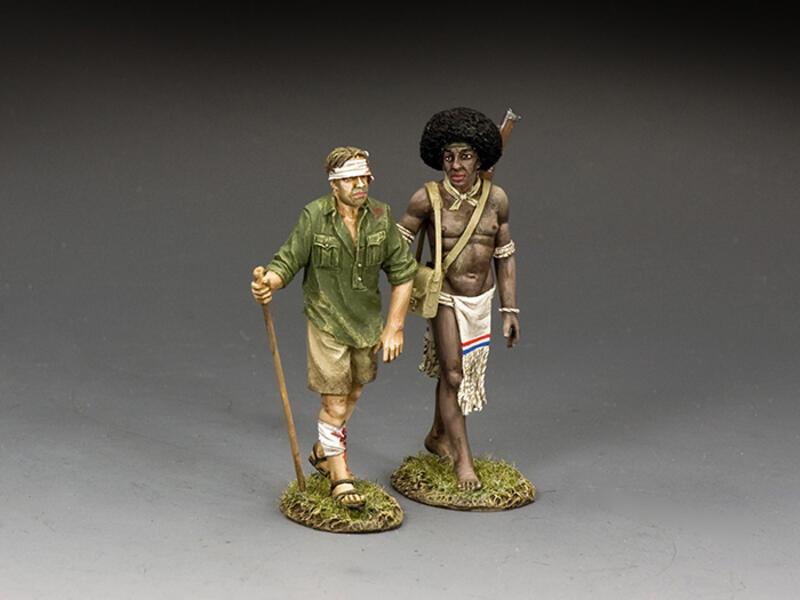 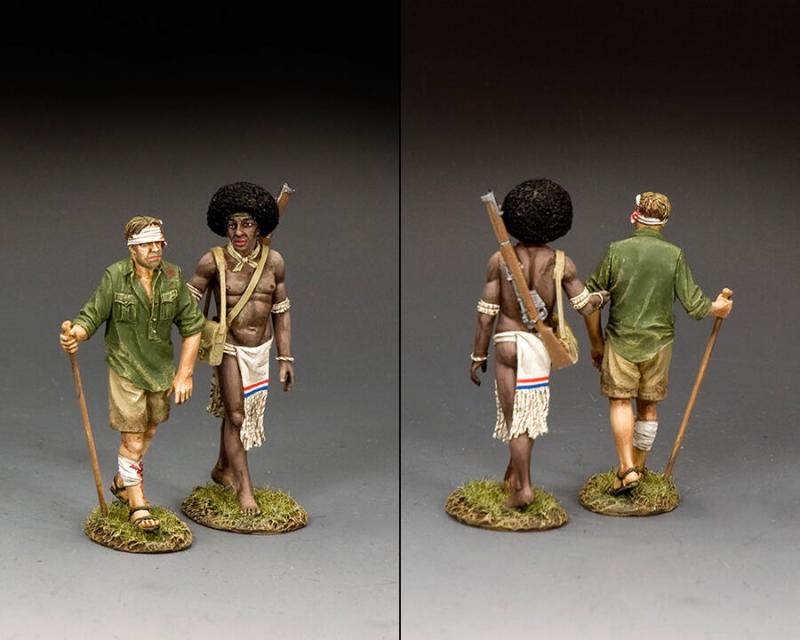 Throughout the bitterly-fought Kokoda Campaign, the loyalty and bravery of the local tribal peoples played a vital part in the eventual Allied victory.  In defiance of the invading Japanese and despite savage reprisals, New Guinea natives, both men and women, acted as guides, porters and stretcher bearers for the Australian forces battling against the Imperial Japanese Army.

Many Australian soldiers owe their lives to these ‘Black Blokes’ who led them through some of the toughest, densest and most difficult tropical rain forest jungle and up and down its steepest mountain slopes.

"On The Kokoda Trail"

Another ‘walking-wounded digger’ being gently led down the trail to safety by one of the local Papuan tribesman dressed in his native dress and carrying the Australian’s .303 Lee Enfield.