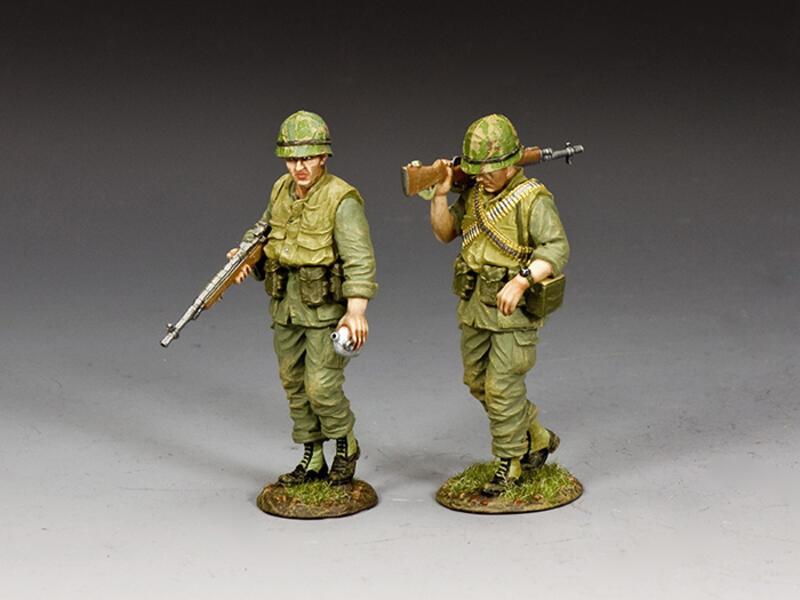 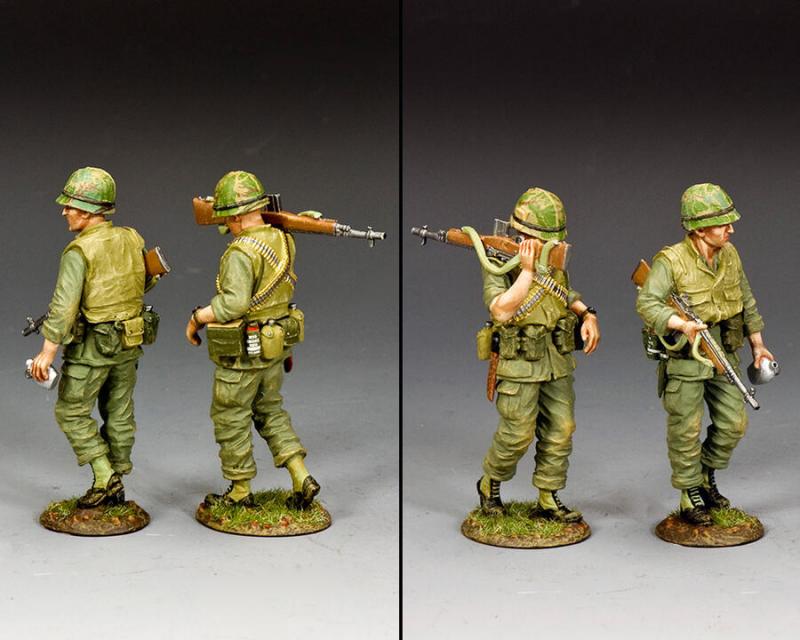 Two more USMC ‘Grunts’ that can be utilized in either an urban or rural setting.  Both Marines are carrying the classic M14 rifle in preference to the more common M16.  Although heavier and longer than the M16, many Marine riflemen preferred the ‘stopping power’ of the harder hitting 7.62mm round that the M14 fired.  In addition, the early ‘teething problems’ of the M16 meant that a lot of Marines did not value or trust the new weapon as compared to its ‘tried and tested’ M14 predecessor.