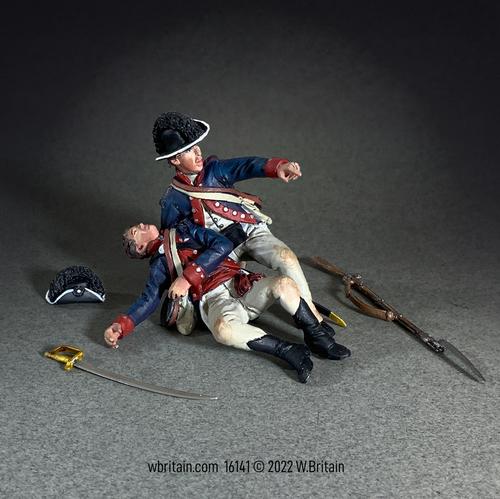 During the battle of Fallen Timbers in August of 1794, Anthony Wayne’s army had lost 33 men and had about 100 wounded.  Early in the fighting, a company officer was wounded, possibly a target because of his conspicuous officer’s dress.  In the long chain of conflicts with Europeans during the 18th and 19th centuries, Native warriors learned early on the importance of targeting officers to cripple command and control.  Training of the period did not encourage independent action.  As a matter of fact, the organized use of the bayonet and firepower en masse often made the difference--when properly employed.