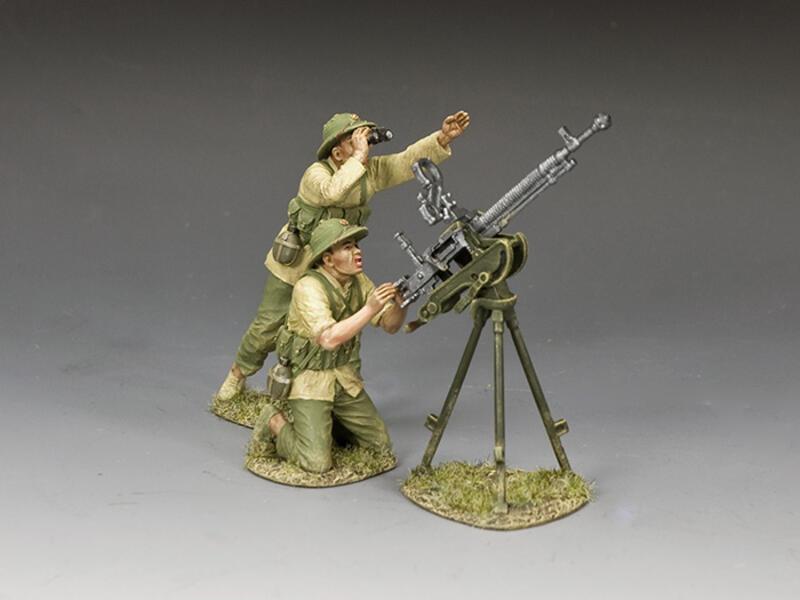 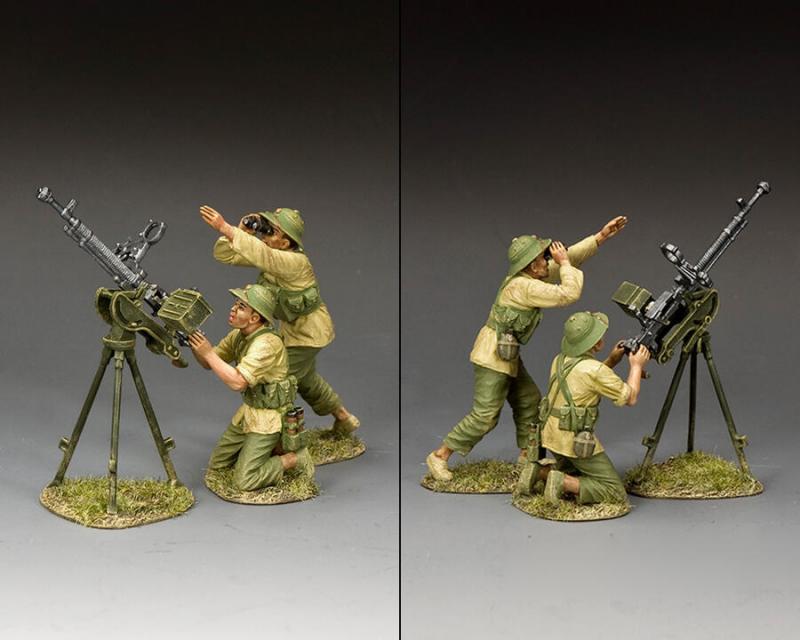 A kneeling North Vietnamese Army gunner and a crouching gun commander observe enemy helicopters approaching their position.  Soon, the order will be given to open fire.

"TAKING ON THE HUEYS!"

Requiring a heavy machine gun, similar to the .50 calibre M2 Browning, the Soviets began work on this project as early as 1929 and provided the first working samples by 1931 using a 30-round drum magazine.  Actual experience and a number of innovations resulted in a much improved, belt-fed adaption that led to the introduction of the DShK 1938, which saw plenty of action throughout Red Army service in WWII and for many years and wars afterwards.

One country that utilized thousands of these DShK ‘38s was North Vietnam, especially in the ‘Anti Aircraft’ role.  Batteries of these heavy machine guns were situated throughout the North, protecting all kinds of strategic targets from the attacks of American fighters and bombers.

In addition, other DShK ‘38s were sent down south to help protect, North Vietnamese Army regulars and local Viet Cong guerrillas against aerial assault by South Vietnamese and U.S. Army helicopter gunships which had, until then, been dominating the battlefield.