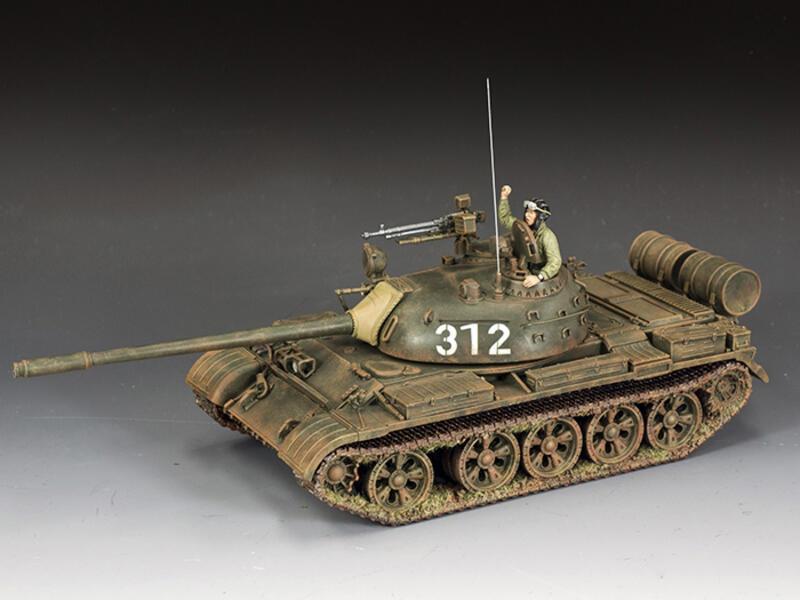 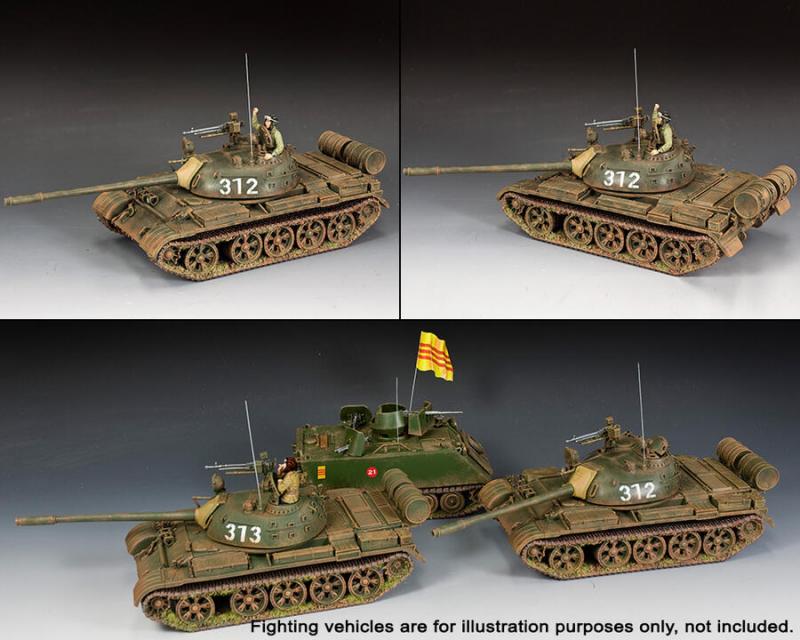 By 1972 the withdrawal of U.S. ground forces together with the continued unreliability of many, but not all, ARVN troops seemed to offer a ‘window of opportunity’ for North Vietnam. The decision was then made to launch a massive assault on the South that would utilize, for the first time, entire units of Soviet and Chinese-designed tanks as well as major, infantry, artillery and support units.

This was the first time North Vietnam had committed so many main force units into the battle to defeat their South Vietnam opponents.

It was also the first occasion when their main battle tanks drove south to take on the ARVN’S own M48s and M41s face to face.

Among these Communist tanks were Chinese-made T59s (a copy of the Soviet T54/55) and Soviet-Bloc manufactured T54/55s.  Let battle begin!

The T55 was a direct development of the earlier T54 and virtually identical in outward appearance.  From the late 1950s, it became the standard main battle tank for the Soviet Army and other Warsaw Pact nations.  It would go on to be involved in many of the world’s armed conflicts in the latter half of the 20th Century... including Vietnam.  The T54/55 series would become the most produced tank in history with estimated production runs of anywhere from 86,000 up to 100,000 vehicles.  China’s People’s Liberation Army also manufactured their own exact copy called the T59 and built about 5,000 additional versions of the design.

Our first King & Country model is numbered #312 and mounts the excellent 100mmm Main Gun together with the 12.7 turret mounted DShK Heavy Machine Gun.  A tank commander figure is included and the model also has the additional fuel drums mounted on the rear of the engine compartment.