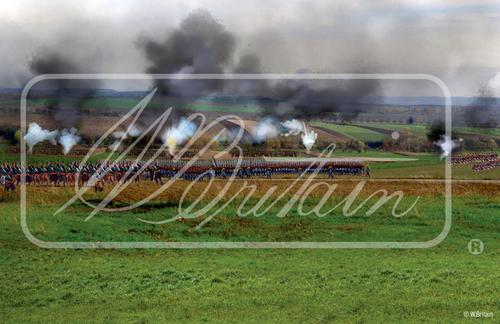 Troops massed on the battlefield during the Napoleonic wars could number in the tens of thousands. Most battles took place on farm fields near villages and roads; wide open areas that could accommodate such expanses of men. Period commanders considered cities, broken ground, and heavy woods as unsuitable for combat as rapid troop movement was the key to military success.