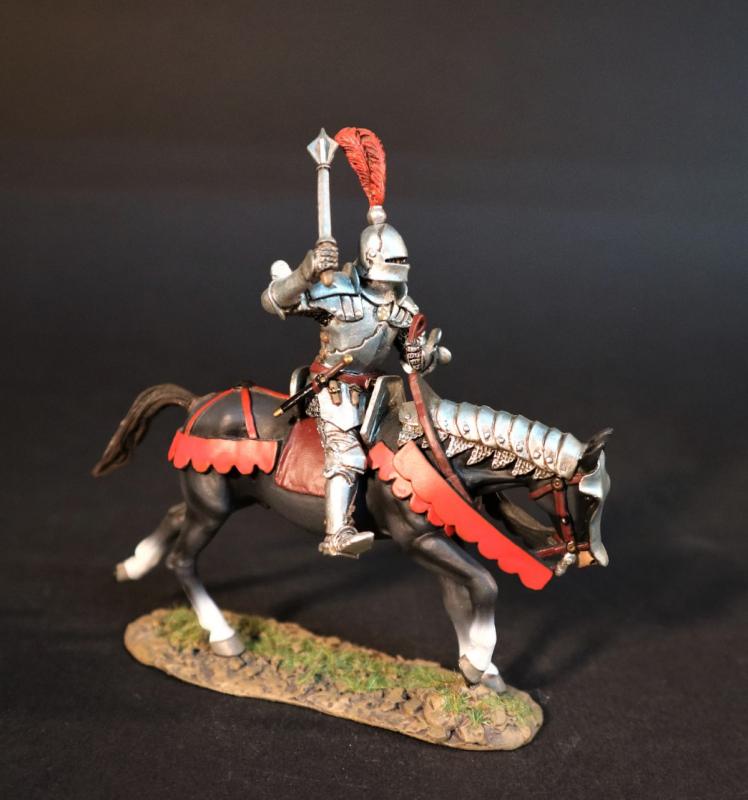 Archers were armed with the Longbow, which were often made of yew imported from Italy or elm.  Sheafs of 24 arrows were carried in a bag.  Archers carried these tucked in their belt or stuck them in the ground for fast re-loading.