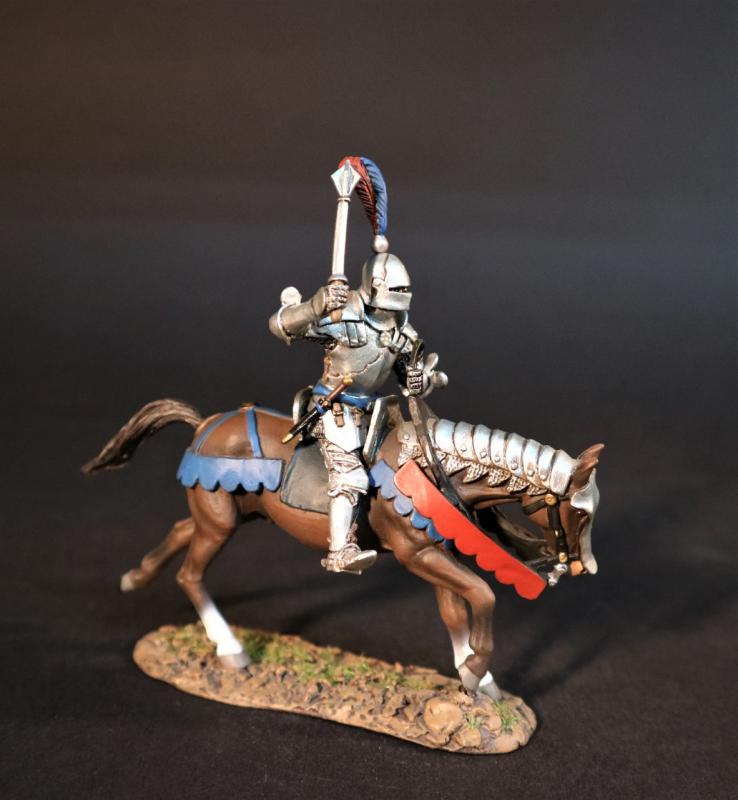 Mounted Yorkist Knight with Flanged Mace (blue and red livery), The Battle of Bosworth Field, 1485, The Wars of the Roses, 1455-1487--single mounted figure

Archers were armed with the Longbow, which were often made of yew imported from Italy or elm.  Sheafs of 24 arrows were carried in a bag.  Archers carried these tucked in their belt or stuck them in the ground for fast re-loading.