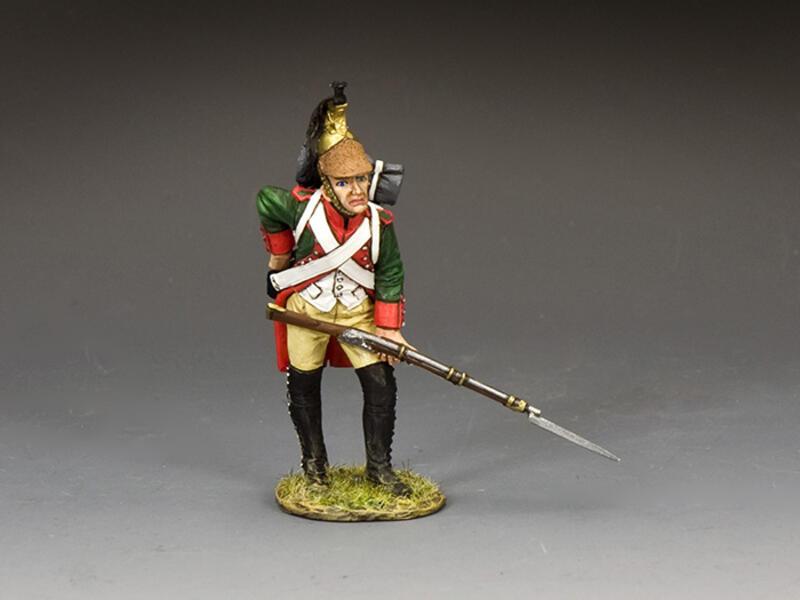 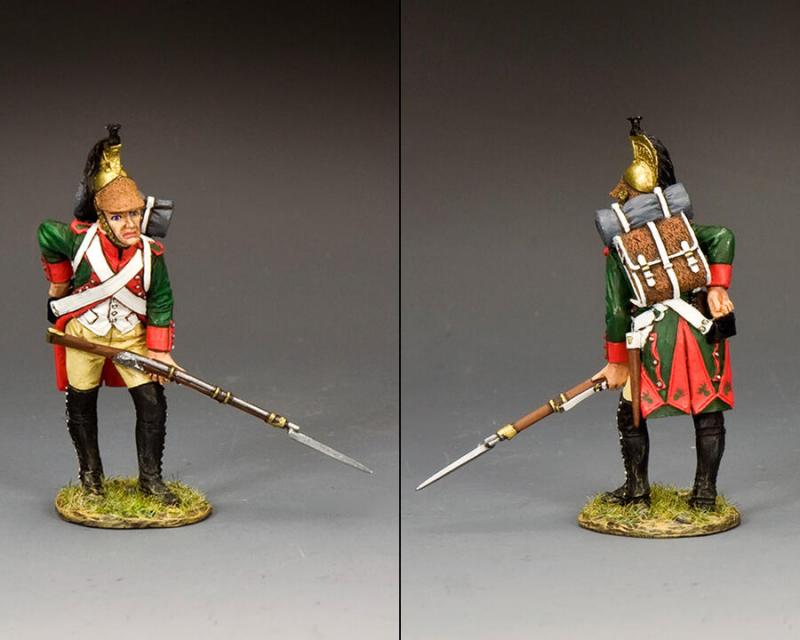 This Dragoon reaches back into his cartridge pouch for a fresh round.

In early 1805, as Napoleon gathered his forces together at Boulogne for a projected invasion of Britain, he decided to dismount several regiments of Dragoons in order to more easily transport them across the English channel.  He supposed that these troops would fight on foot after their initial landing until such time as they could capture or requisition sufficient horses to be remounted.

After the French defeat at Trafalgar in October 1805, the invasion was cancelled; however, these ‘Foot Dragoons’ did not have their mounts returned.  Instead, they were dispatched to fight on foot in campaigns across Europe and into Austria and Russia.