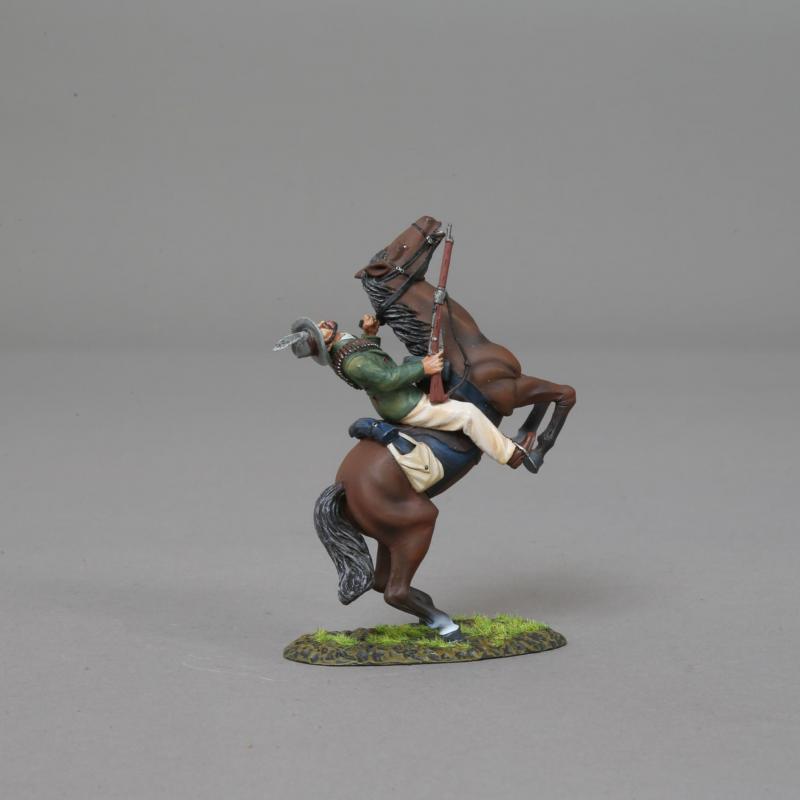 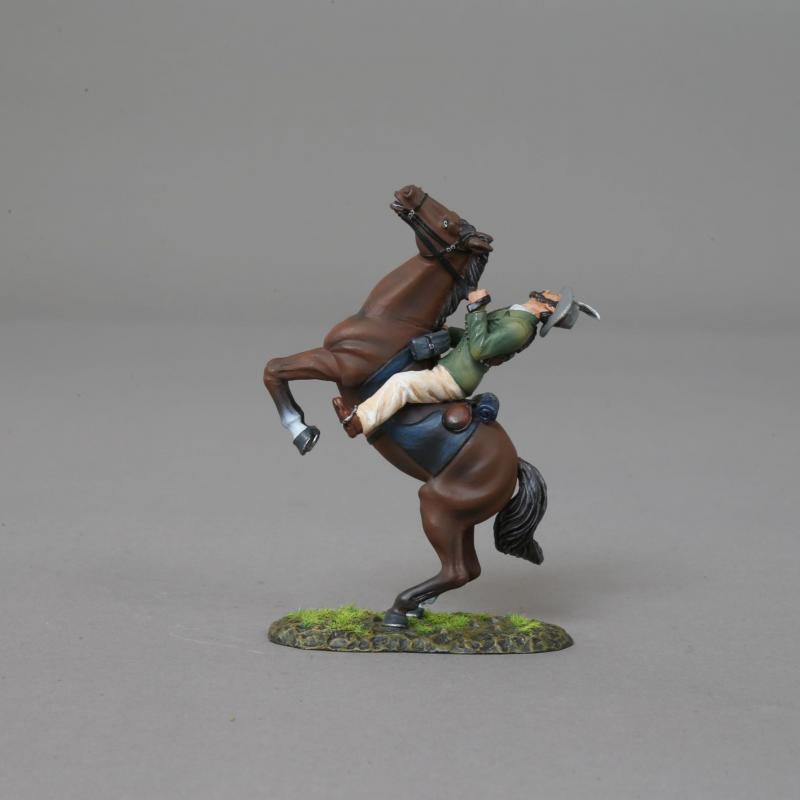 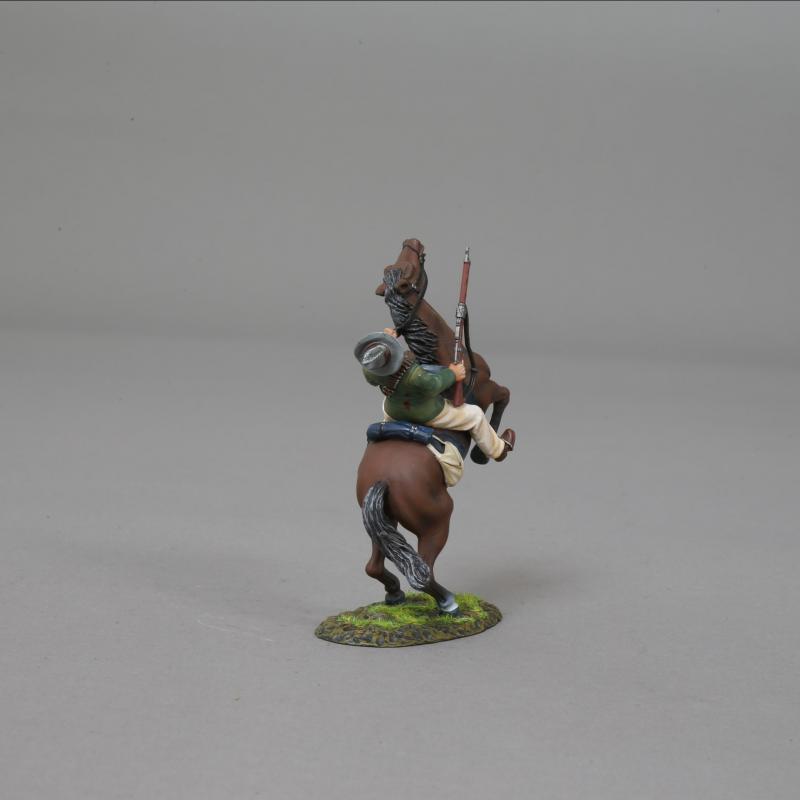 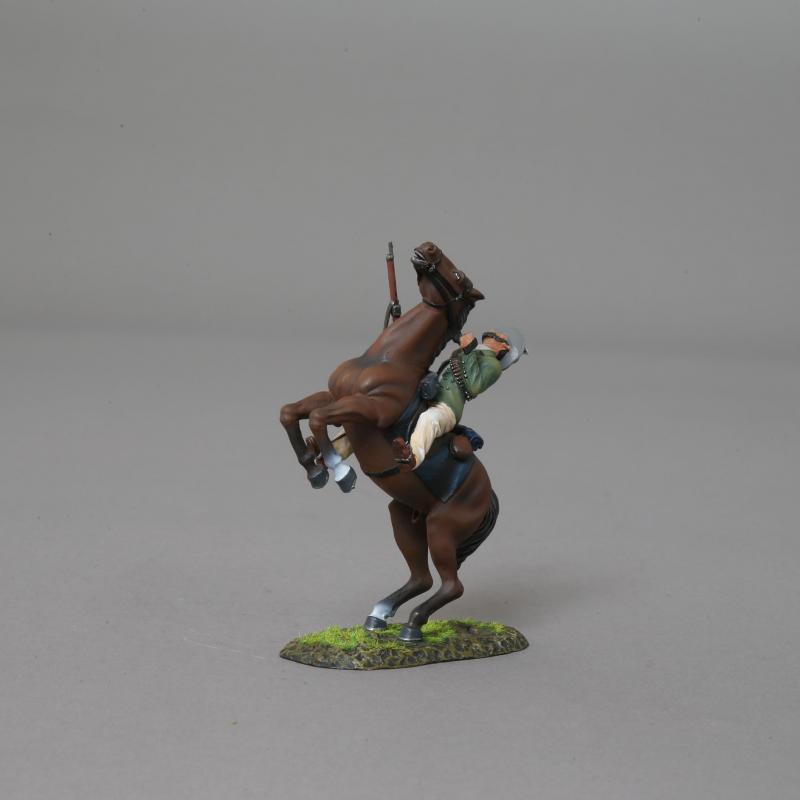 A wounded Boer takes a fall as he succumbs to British fire.