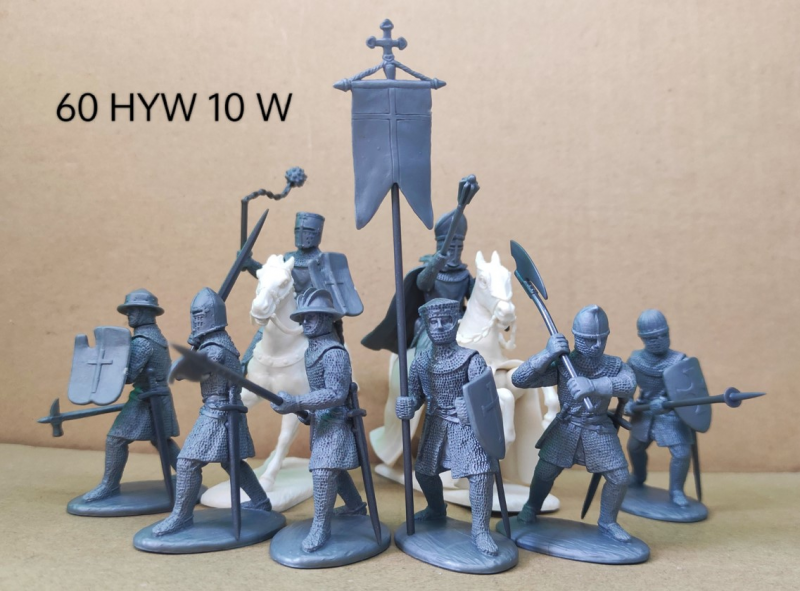 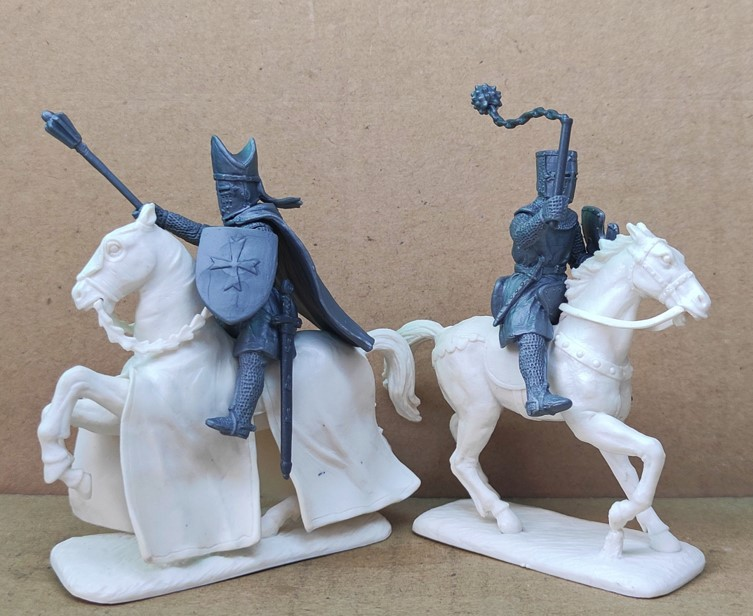 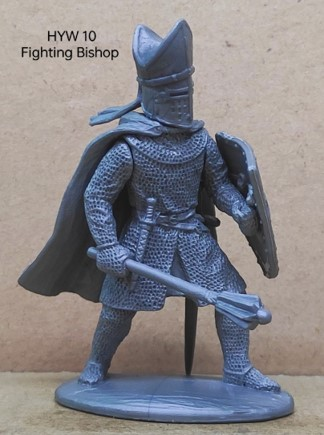 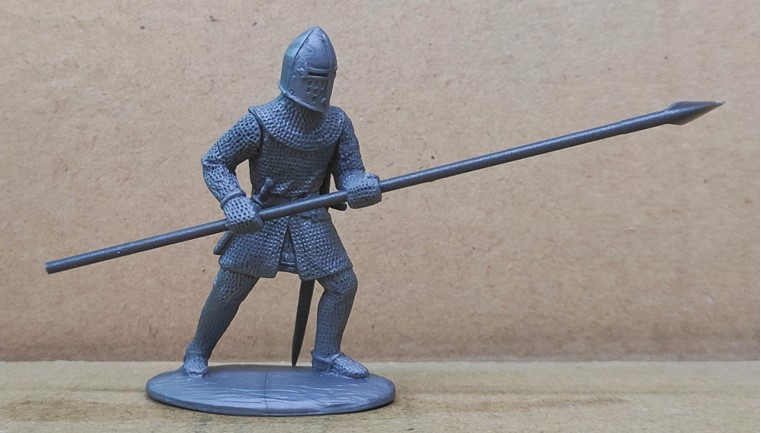 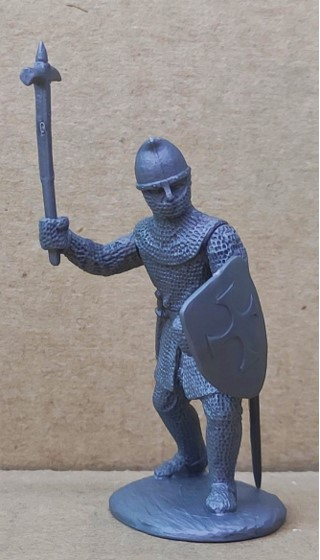 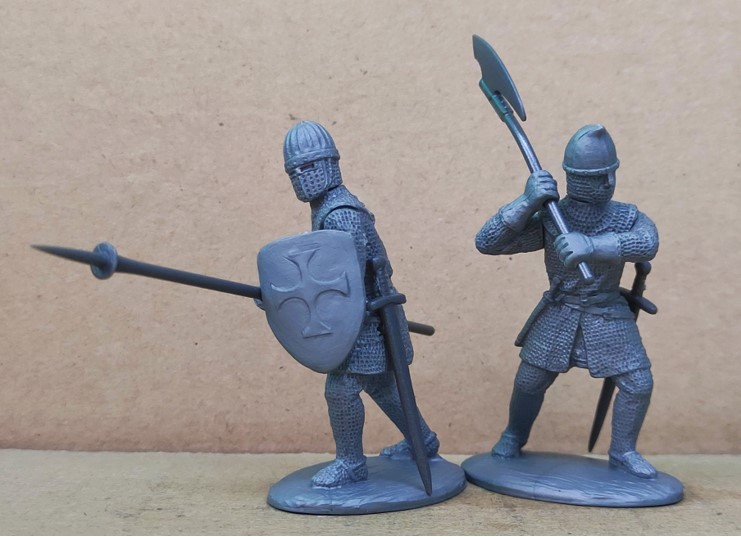 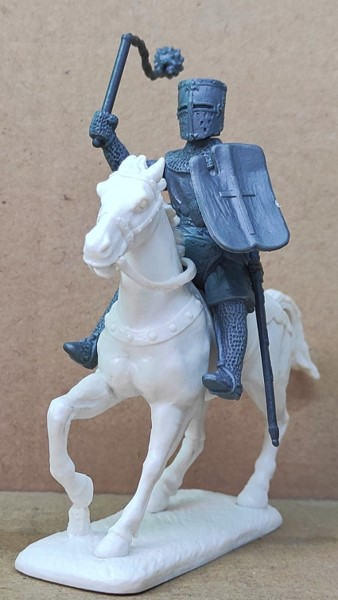 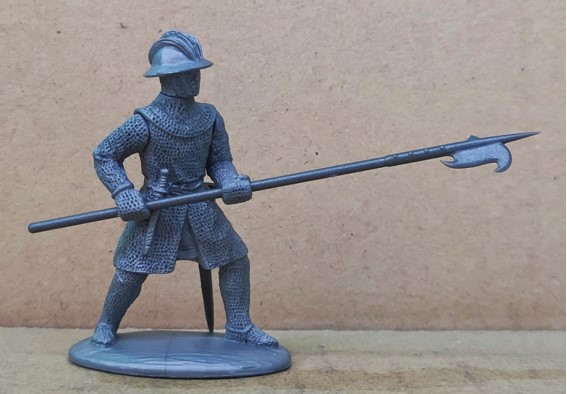 The set contains 8 model soldiers plus 2 horse models, comprising of 2 mounted and 6 dismounted Men-at-Arms.  The heads and arms are interchangeable to enable the assembly of different postures.  These models are suitable for the medieval periods from the 13th to the 14th Century.

We have designed this series of sets to be supplementary to our existing HYW sets based on 14th Century battles.  However, many of the above models would be appropriate for 13th Century scenarios, especially in Western Europe where the crusader surcoat is not that common.  The surcoat was adopted in the Levant to shade the armored soldiers from the sun.

The highlight of the Military Orders has to be their fighting monks, especially the Bishops.  The mace is the preferred weapon of these monks, assuming that the blunt instrument will not draw blood.

The range of hand weapons during the Medieval period can be very varied with the war hammer and the two-handed axe.

As before, the shields in this series bear the insignias of the military orders: Hospitaller, Templar, Teutonic, and Common Crusader.  They can be mixed or assembled to form banners, small military units, from the military orders.  These shields can also be used with our existing sets (HYW series) to assemble forces of the various Orders.

Note:  The models are made from non-phthalate plastics and tested for compliance with toy safety regulations
Colour contrast between the ‘B’ and ‘W’ series of box-sets under normal room lighting.  The B series is steel colour (metallic dark grey), while the W series is burnished armour (metallic light grey).

Note:  Shown in the lighter steel color in the pictures.