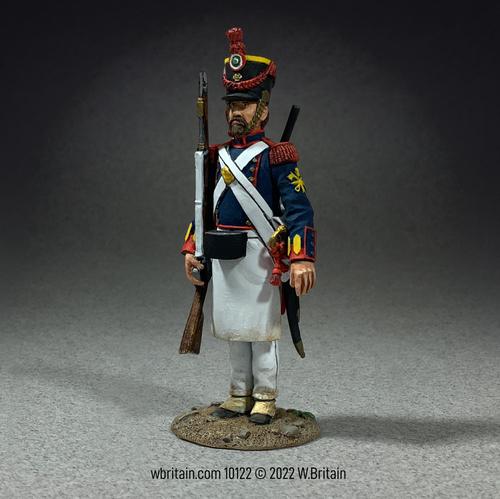 A pioneer, also referred to as a sapper or engineer, was a soldier who performed a variety of military engineering duties.  First used by the French army, a pioneer was one who dug trenches to allow besieging forces to advance towards the enemy defensive works and forts.  Referred to as “sapping,” the pioneers would dig a zig-zag channel parallel to the enemy fortifications over ground that would be under the defender’s constant musket and artillery fire.  For this, the sapper was considered an elite fighting man and would receive “danger pay” as well as additional perquisites.  Seen here is one such Mexican Infantry Pioneer as he would have looked during the Battle of the Alamo, 1836.