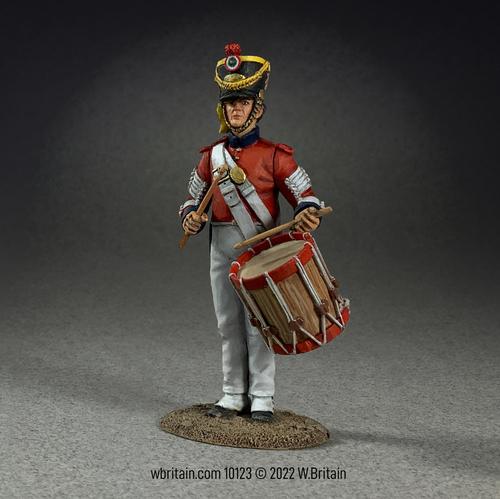 In the 19th century, drums were an invaluable communication device for soldiers in camp and on the battlefield.  The drummer’s tool of war was a snare drum with a deep shell and a broad, resonant sound.  Each drummer was required to learn dozens of rudiments and drum calls.  Each call would tell the soldiers that they were required to perform a specific task or assemble into a precise formation.  Seen here is a Mexican Drummer as he would have appeared during The Battle of the Alamo, 1836.  As was military custom, his red tunic with blue facings is in the opposite colors of the rest of his compatriots.  This made him recognizable on a chaotic battlefield and, as he would be stationed near an officer, a rallying point.