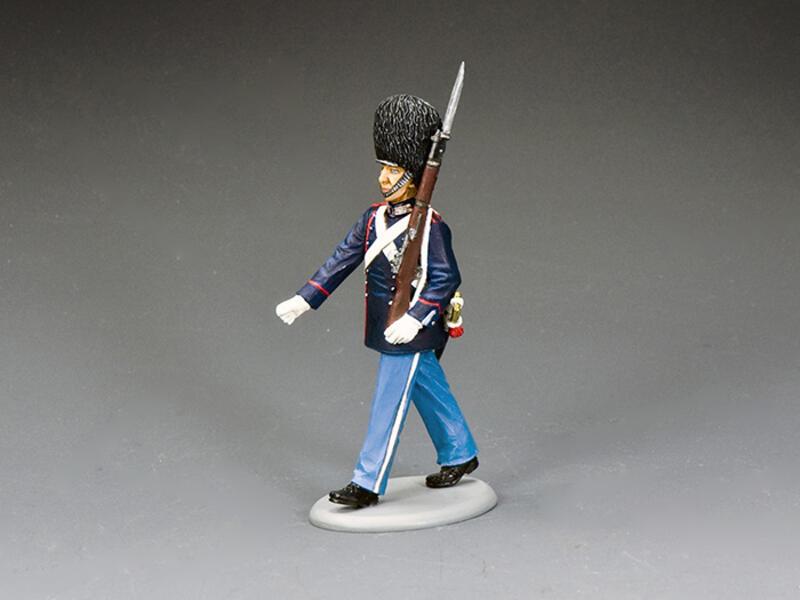 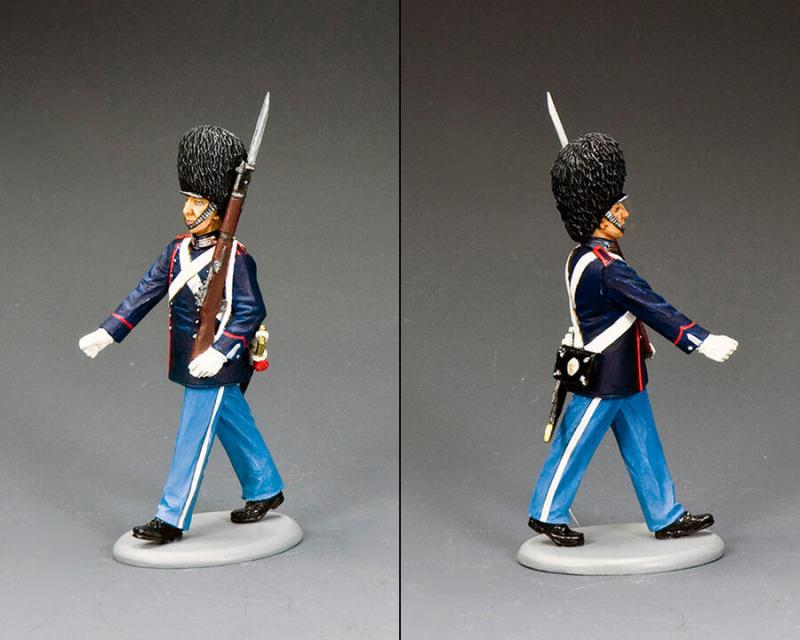 Now we fly across the Atlantic and make a gentle left turn towards Scandinavia and the quaint and quiet streets of the beautiful Danish capital, Copenhagen.

I have loved this fabulous city ever since I first visited it as a 14 year old Boy Scout in 1963…  Since then, I’ve returned several times with my wife Liza and enjoyed and explored it discovering new sights and sounds on every occasion.

One particular sight l have always enjoyed is that of the Royal Danish Life Guards who stand guard outside the Royal Palace in the centre of Copenhagen throughout the year.  These Guardsmen are an integral part of the Danish Regular Army and are mostly conscripts; however, their drill and military bearing are first class and do credit to their training as well as their officers and NCOs.

One original touch is that they appear to have not one, but two, ‘Ceremonial Parade’ uniforms.  Their ‘red tunics’, similar to the British Guards uniforms, are only worn on major ‘State Occasions’.  Their dark Navy Blue, double breasted tunics are called ‘Revue Order’ and are the ones most commonly seen as they perform their guard duties and parades throughout the year.

Because my wife and myself love Copenhagen so much we have wanted to produce a marching figure in ‘Revue Order’ ever since we released the ‘Colour Party’ set several year ago.  Well, here it is.  Not only him though… in a few months time we will release a companion for him… A Regimental Drummer, also in ‘Revue Order’ uniform. Look out for him!