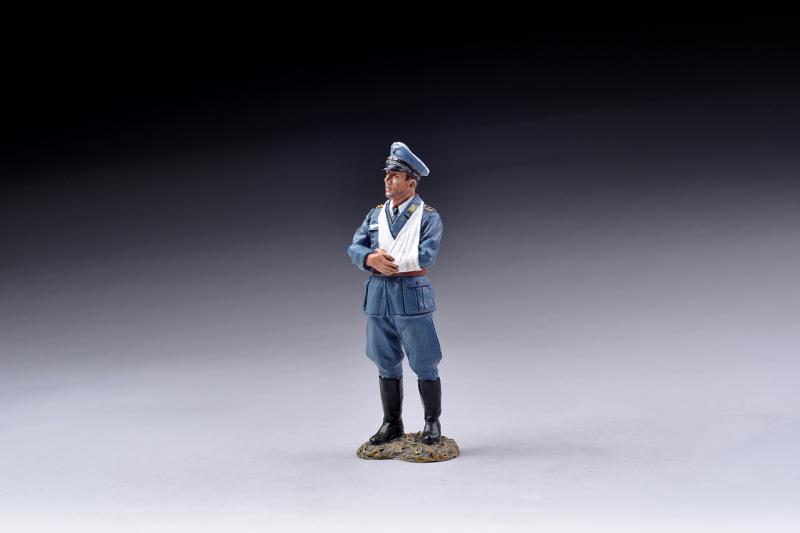 Major Martin Drewes was a German nightfighter ace who mainly flew the ME BF110 earlier in the Desert and then later over Germany.  Drewes was awarded the Knights Cross with Oak Leaves and is credited with 52 kills, mainly RAF and USAAF heavy bombers.  He survived the war and emigrated to Brazil where he married and stayed there until his death in 2013.  As nightfighting was a dangerous business, we have sculpted Drewes with his arm in sling recovering from a wound, perhaps inflicted by a Lancaster or a B17 gunner, who were equally determined not to be his latest kill!

Limited to 100 in number for the Defence of the Reich version.