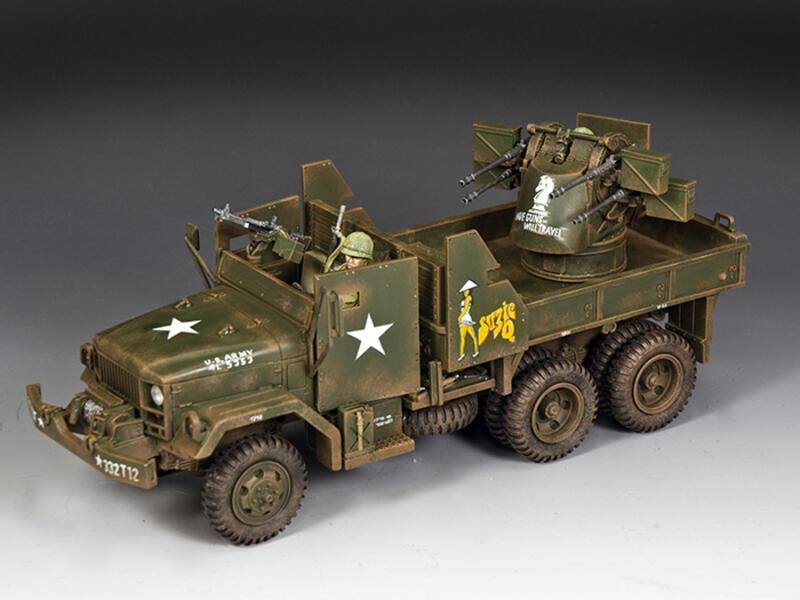 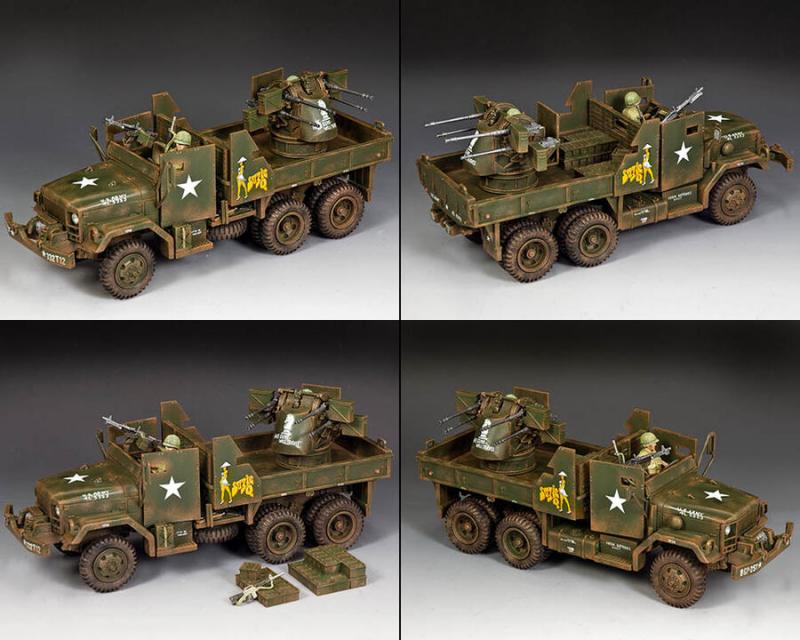 Although many people think of the Vietnam War as the ‘Helicopter War’ most transportation around that war-torn country of men, material, food, fuel and ammunition was by truck… and lots of them.

Almost as soon as American Forces began taking over the major role of combating the Viet Cong and North Vietnamese Army, the enemy began to ambush the U.S. convoys carrying their much needed supplies and reinforcements between the major bases and depots to far flung out posts all over the country.  Although U.S. Army and Marine Corps units provided armoured cars and sometimes even tanks to protect these convoys, it was simply not enough to deter enemy attacks.  Fortunately, it was the transportation units themselves that came up with one of the best innovative solutions… Gun Trucks!

Each ‘Gun Truck’ was a standard U.S. Army 2 1/2 ton cargo truck armed with a variety of machine guns and protected by additional sheets of steel and armour plate.  Simultaneously, convoys were reduced from, on average, 200 vehicles to just 100, making them easier to control and protect.  To ‘ride shotgun’ on these small 100 vehicle convoys, a force of 10 ‘Gun Trucks’ would ensure one ‘protector’ for every group of ten trucks.  Some of these Gun Trucks mounted the WWII era ‘Quadmount .50 calibre’ machine guns.

During the Vietnam War, an estimated 300-400 vehicles were converted into ‘Gun Trucks’ and King & Country is proud to present two of them.

The M35 2 1/2 ton cargo truck was the mainstay of all the U.S. Forces transport throughout the Vietnam War and well into the 1980s.  Our King & Country model has the Quad-mounted .50 cal. Machine guns complete with a gunner manning the turret.  Upfront sits the driver alongside a pintle-mounted M60 machine gun and his personal M16 rifle.  This crew has also painted a rather attractive Vietnamese ‘pin-up’ called “Suzie Q” on the armor shield as well as the legend ‘Have Guns Will Travel’ (a reference to a then popular TV cowboy show back in the ‘States) on the Quad mount.