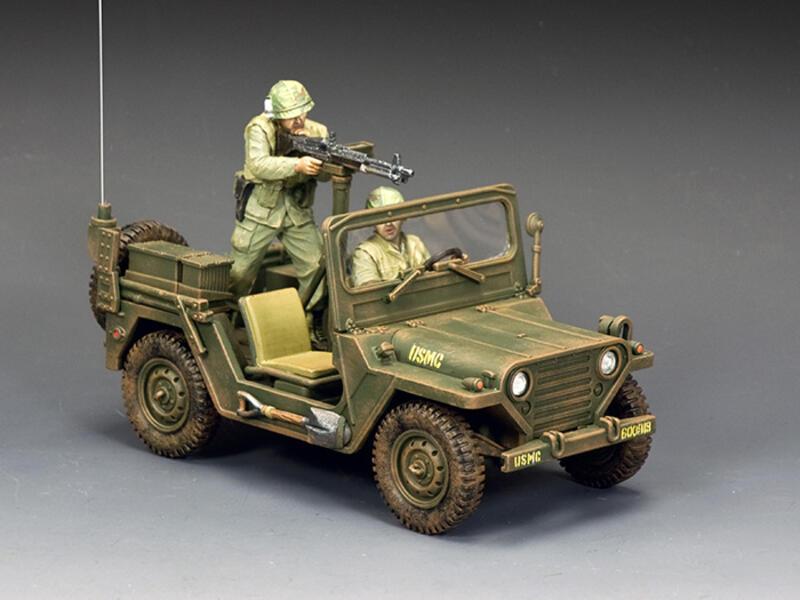 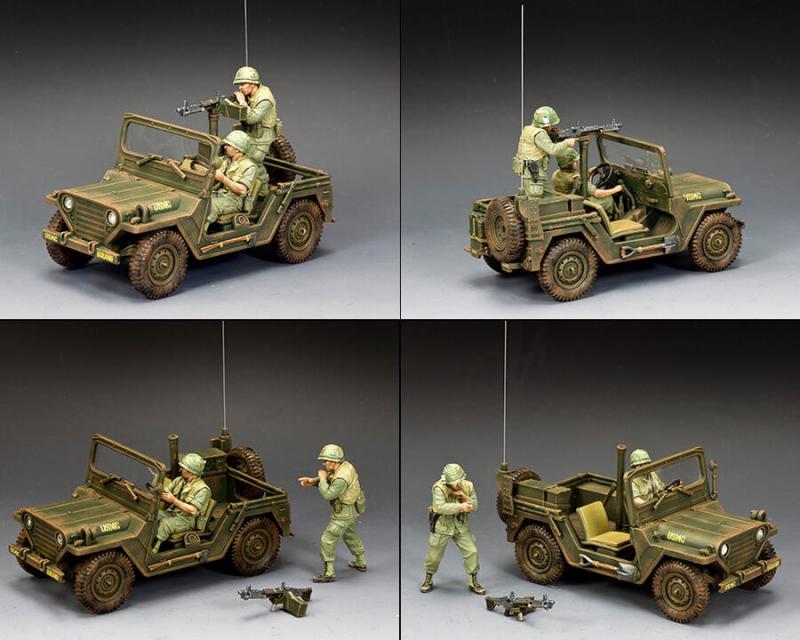 This dust-covered, battle-weary M151 has been in the thick of the fighting during the 1968 TET Offensive.  As one ‘Grunt’ drives, his buddy mans the post-mounted M60 machine gun and lays down effective fire on the enemy.  Perfect for any battlefield where our K&C Marines are in action!

One of the most iconic American-made vehicles associated with the Vietnam War was the M151 Military Utility Tactical Truck better known to the troops who used it as… The ‘Mutt’.

In production from 1959 until 1982, it saw plenty of active service with all branches of the U.S. Armed Forces operating in South Vietnam as well as the ARVN (Army of the Republic of Viet Nam).  As the worthy successor to the Korean War M38, it utilized a monocoque design making it more spacious than previous jeep designs and, in addition, incorporated an independent suspension with coil springs.  Apart from these improvements, the ‘Mutt’ did not feature the jeep’s distinctive seven vertical-slot grille opting instead for a horizontal-style grille.  Even though slightly larger than WWII and Korean War jeeps, it was still able to fit inside the CH53 ‘Chinook’ heavy lift transport helicopter.  Phased out of U.S. Military today, M151s can still be seen in the Armed Forces of Israel, the Philippines, Denmark, and over 100 other countries worldwide.