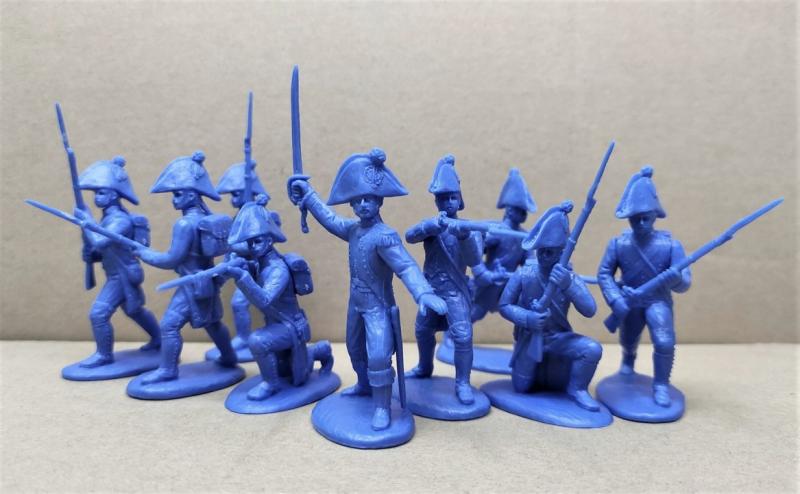 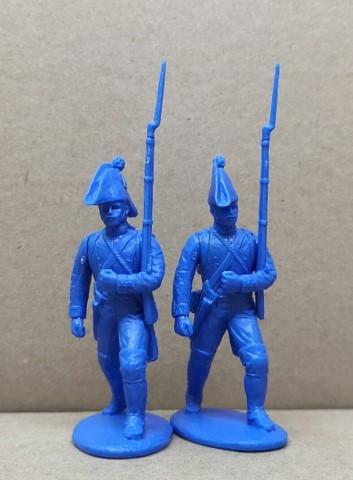 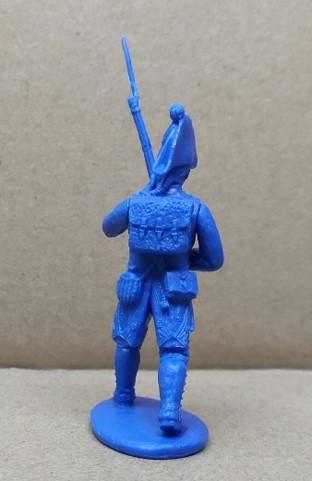 The basic models are the same as that in 54 PNF 05 above except for the heads and back-packs. For soldiers before 1807, the great coat is not issued and thus the backpack is without the rolled great coat.

During the 18th century, prior to the French Revolution and the Napoleonic Wars, military campaigns are not conducted during the winter months. In 1807, during the winter month of February, the Battle of Eylau was fought. Many French soldiers has to scrounge for improvised warm clothing.   Thus, we have to produce backpacks without the rolled great coat for these soldiers of the earlier period. The queue is supposed to be abolished in the formation of La Grande Armee at Boulogne around 1804-1805 but was fiercely resisted by the men. Many continued with the fashion up to 1807 with the Imperial Guard keeping it all the way to 1815.

On the simple principle that it is easier to cut than to sculpt, we decided to keep the queue for these soldiers. This also facilitate these solders for service back to the 18th century.

The shape of the bicorne is not strictly regulated. There are broadly two styles:-

2. the jaunty fore-and-aft style of the revolution which we have adopted for the fusiliers