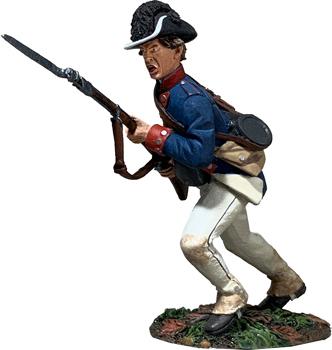 Legion of the United States (Wayne’s Legion) Infantryman Running, 1794, No.2