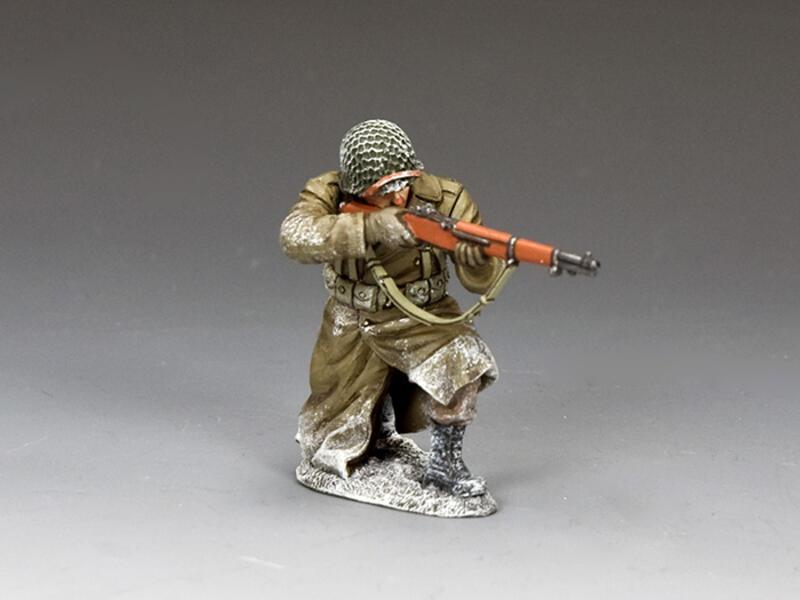 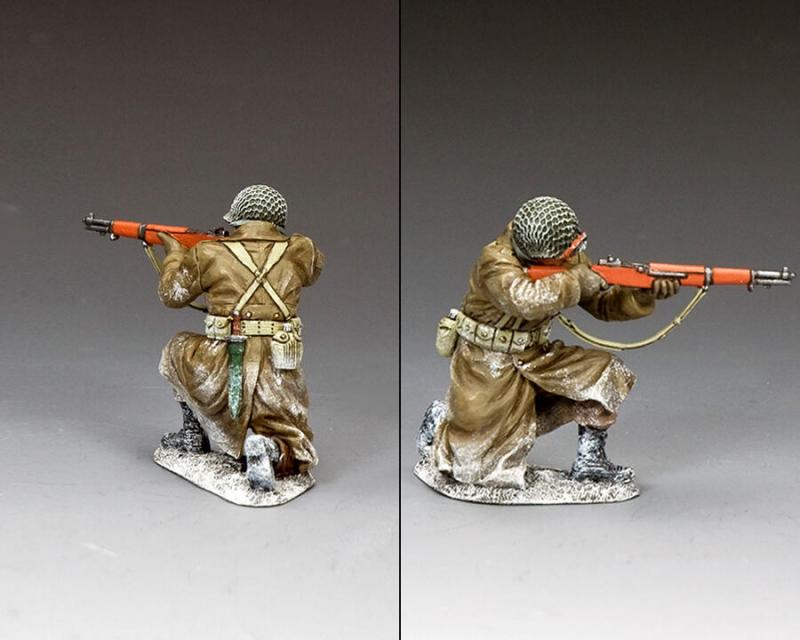 This kneeling infantryman is using one of the most outstanding weapons of WWII.  The .30 cal. M1 Rifle was designed by John C. Garand who originally worked for the Springfield Arsenal.  Its design resulted from the U.S. Army’s experience in WWI when it was recognized that a self-loading rifle brought greater advantage on the battlefield and a major increase in the infantry squad’s firepower.  Although quite heavy (9.5 lbs.) or 4.4kg, its 8-round magazine and sturdy reliability made it popular with all the troops who carried it.  After WWII, the rifle also served in the Korean War until its replacement by the M14 in the late 1950s.