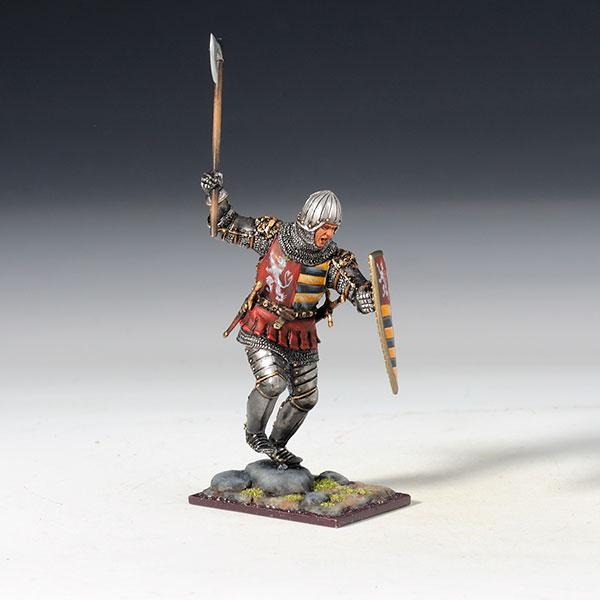 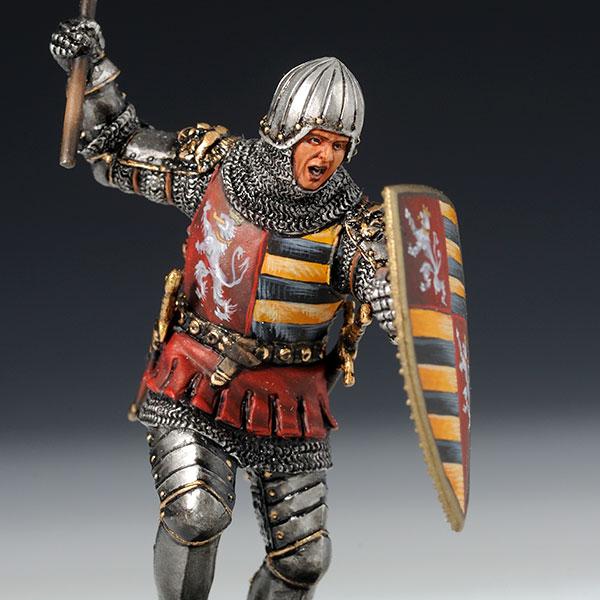 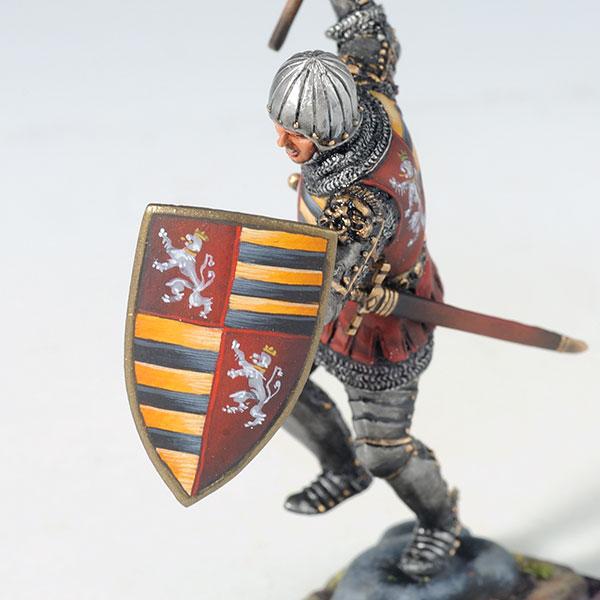 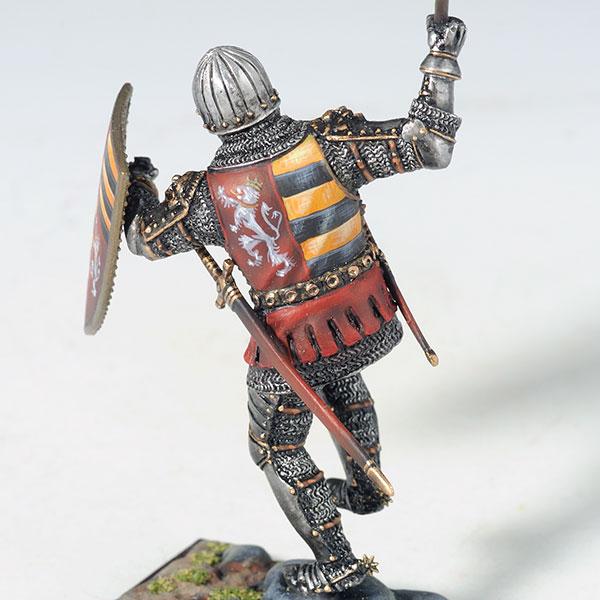 Italy in the 14th and 15th Centuries was divided into a number of fractious city states, ruled by petty tyrants or powerful families.  As wealth of the cities grew, some became wealthier than whole countries and need for protective armies developed.  Not wanting to face the expense of a standing army, they opted for contracting a military force made up of ‘free booter’ or bandit armies abounding in Europe at the time.  The mercenary armies were established by condotte (contract), ultimately identifying these fighting men as condottiere warriors.   Initially, the condottiere warriors were mainly foreigners.  As financial and social advantages grew, more and more men of Italian origin filled the ranks.
The best-known for hire was ‘Sir’ John Hawkwood’s ‘White company’.

“Mercenaries and auxiliaries are useless and dangerous...they are disunited, ambitious and without discipline, unfaithful, valiant before friends, cowardly before enemies...in peace one is robbed by them, and in war, the enemy.”  Niccolo Machiavelli