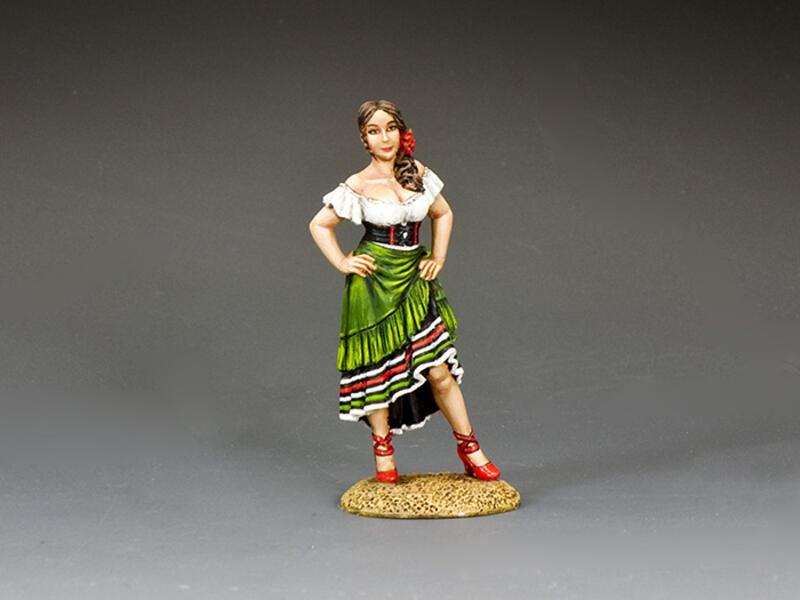 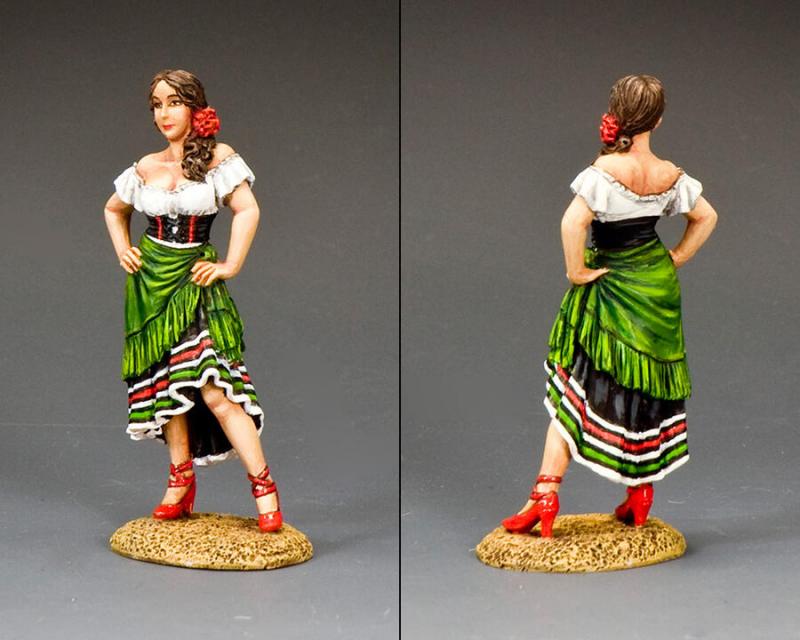 With her alluring figure, flashing dark eyes and cascade of tumbling hair Isabella would catch the attention of any red-blooded, ‘cowpoke’ riding into town with a pocket full of cash and a thirsty desire for a long cool beer and the charms of a very pretty woman.

When most people think of a typical wild west town they usually picture a livery stable, a general store or a clutch of various wooden shop fronts and, of course a saloon complete with swinging doors.  At the beginning of the great westward migration these were not actually towns, much more like small, rough and ready communities of mostly men and relatively few women.

Back in those Victorian era days, respectable women did not go into saloons and also very much upheld the morals and behavior of the age.

Other women, however (and a few, shrewd men), saw the ‘need’ and the ‘opportunities’ for certain establishments to be built and soon once a saloon was opened, the rest of the wild west town would follow.

In the towns that sprang up along the main routes of the huge cattle drives between the end of the American Civil War and the late 1880s, all kinds of saloons and ‘houses of ill-repute’ opened up to provide feminine company for those cowboys with a few bucks in their pockets and the urge to spend it.

Among the ‘Soiled Doves of The Old West’ who worked in these establishments were women from many different backgrounds and various ethnic origins.  Texas in particular had a wealth of ‘Saloon Senoritas’ with a Hispanic heritage and here we present two such ladies for your perusal…