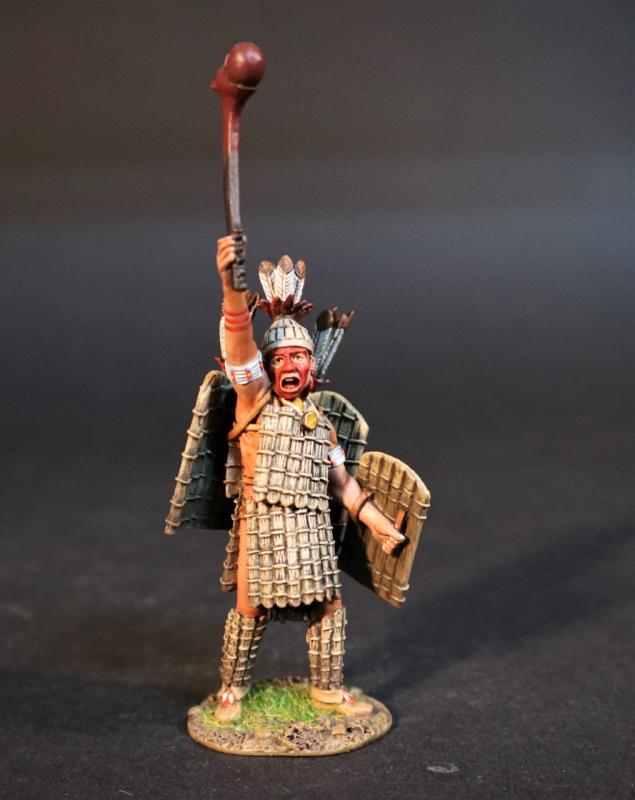 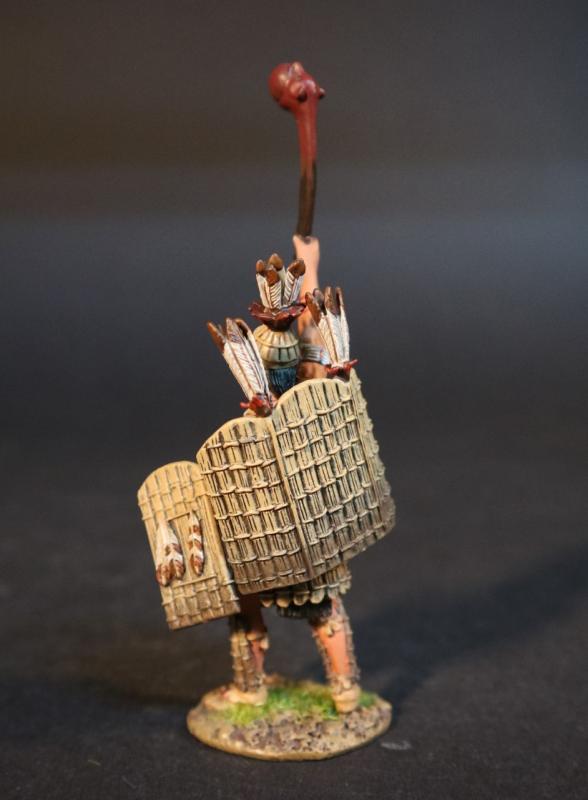 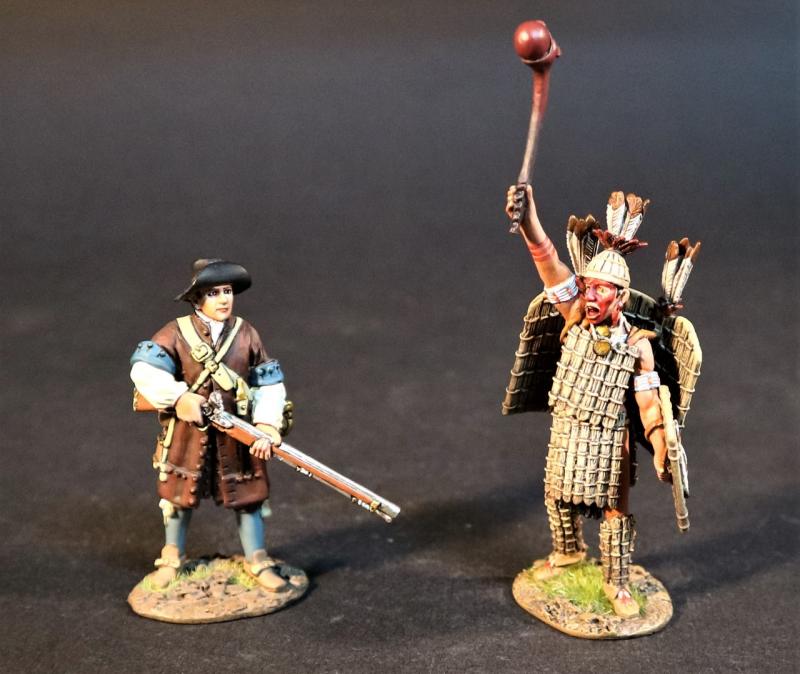 Iroquois Armoured Warrior (club and shield), The Beaver Wars, 1640-1701, The Conquest of America

Starting in 1640, there was an intermittent war fought over one of the most in demand, luxurious items in the world:  beaver pelts.  The war was fought between the Iroquois Confederacy of the St. Lawrence River area and the Algonquian-speaking tribes of the Ohio Country and the Great Lakes, who were backed by the French.  These wars took place in the Great Lakes region.

The Iroquois Confederacy was made up of five tribes that all spoke the Iroquois language: the Mohawk, Oneida, Onondaga, Cayuga, and Seneca.  These tribes were involved in the fur trade for over 200 years prior to the war.  The Iroquois traded beaver pelts to British settlers and merchants.  In return, the Iroquois received items that they depended on, such as tools and firearms.

By the mid-17th century, the Iroquois had hunted the beaver to near depletion in the St. Lawrence River area. Needing beaver pelts to trade for much needed items, the Iroquois expanded their hunting to the Ohio Country. When they did this the Iroquois ran into other tribes in the region who also traded beaver fur. These tribes included the Algonquian-speaking tribes, such as the Lenape and the Delaware, and the French merchants that supported them.

This accidental meeting led to a series of battles and bitter rivalries that lasted over 60 years. Each side was vying to be the main supplier in the lucrative beaver pelt trade.

Although the Iroquois Confederacy could be considered victors as they conquered most of the Ohio Country, they too suffered and lost much in the process. Iroquois homes and agricultural land were often burnt down by the French.

The wars and subsequent commercial trapping of beavers was devastating to the local beaver population.  Trapping continued to spread across North America, extirpating or severely reducing populations across the continent.  The natural ecosystems that came to rely on the beavers for dams, water and other vital needs were also devastated leading to ecological destruction, environmental change, and draught in certain areas. The beaver populations in North America would take centuries to recover in some areas, while others would never recover.