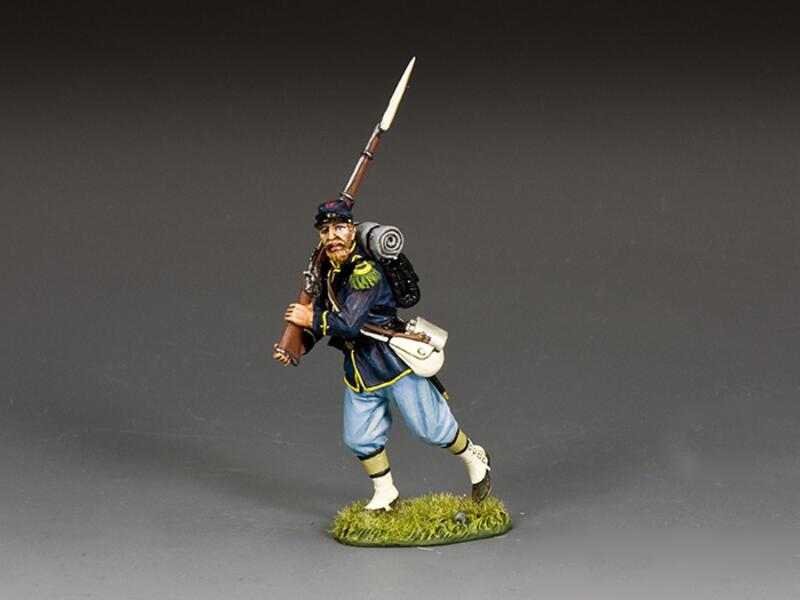 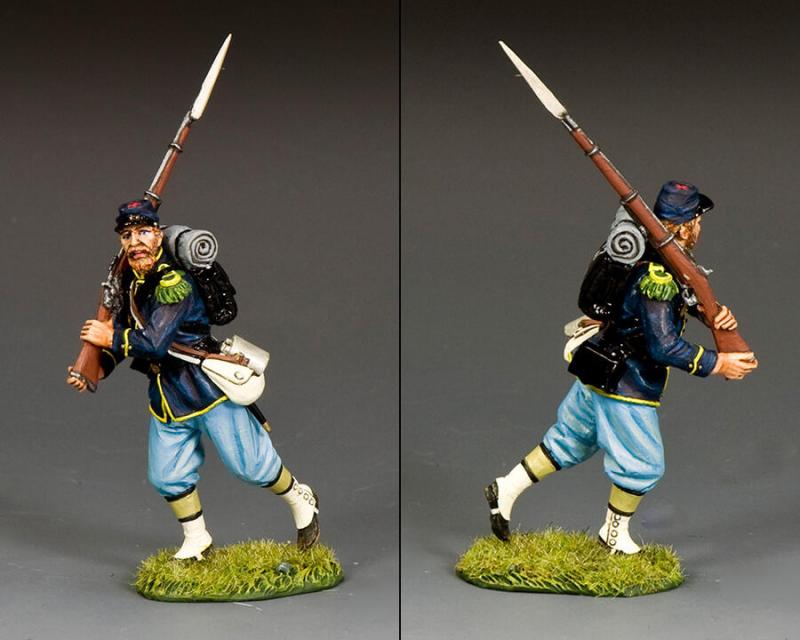 As the mass of infantry surge forward, this soldier ensures he has a firm, double-handed grip on his musket.