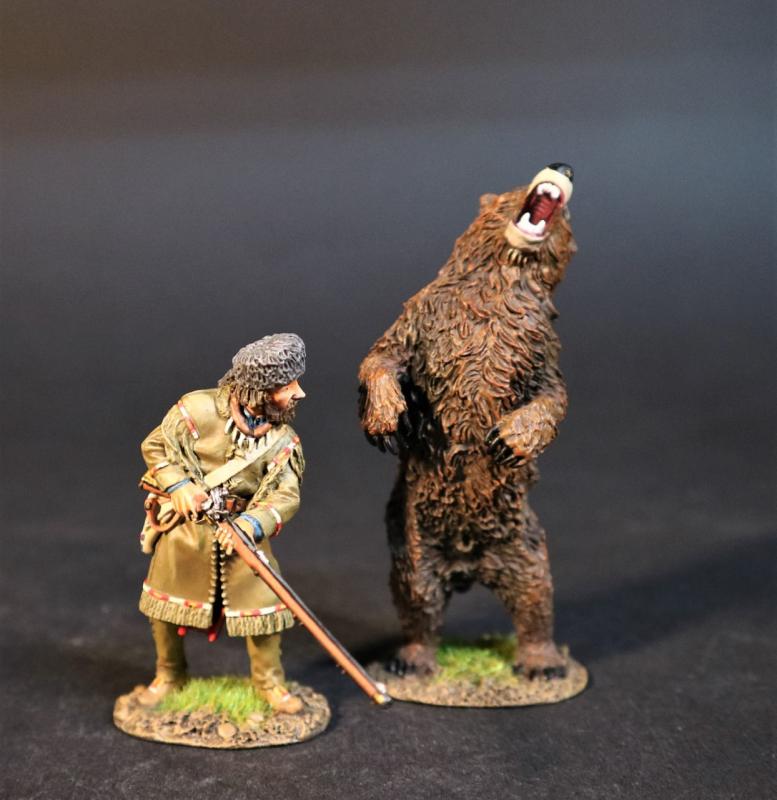 Hugh Glass and a Grizzly Bear, The Mountain Men, The Fur Trade--two figures
$80.00

Hugh Glass and a Grizzly Bear, The Mountain Men, The Fur Trade

Hugh Glass (C. 1783 – 1833) was an American frontiersman, fur trapper, trader, hunter, and explorer.  He is best known for his story of survival and forgiveness after being left for dead by companions when he was mauled by a grizzly bear.

No records exist regarding his origins, but he is widely said to have been born in Pennsylvania to Scots and Irish parents.  Glass became an explorer of the Upper Missouri River, in present day Montana, the Dakotas, and the Platte River area of Nebraska.

His life story has been the basis of two feature films, most recently the 2015 “The Revenant”.  Both films portray the survival struggle of Glass, who crawled and stumbled 200 miles to Fort Kiowa, South Dakota, after being abandoned without supplies or weapons by fellow explorers and fur traders during General Ashley’s expedition of 1823.