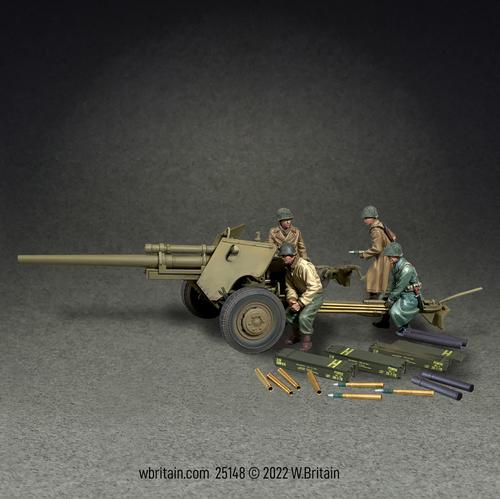 The M5, 3-inch, anti-tank gun was issued exclusively to the U.S. Army tank destroyer (TD) battalions starting in 1943.  It saw combat in the Italian Campaign and on Northwest Europe’s Western Front.  While the M5 outperformed earlier anti-tank guns in the U.S. service, its effective employment was hindered by its heavy weight and ammunition-related issues.  Losses suffered by towed TD battalions in the Battle of the Bulge were heavy, but the M5 did its job--it had to.