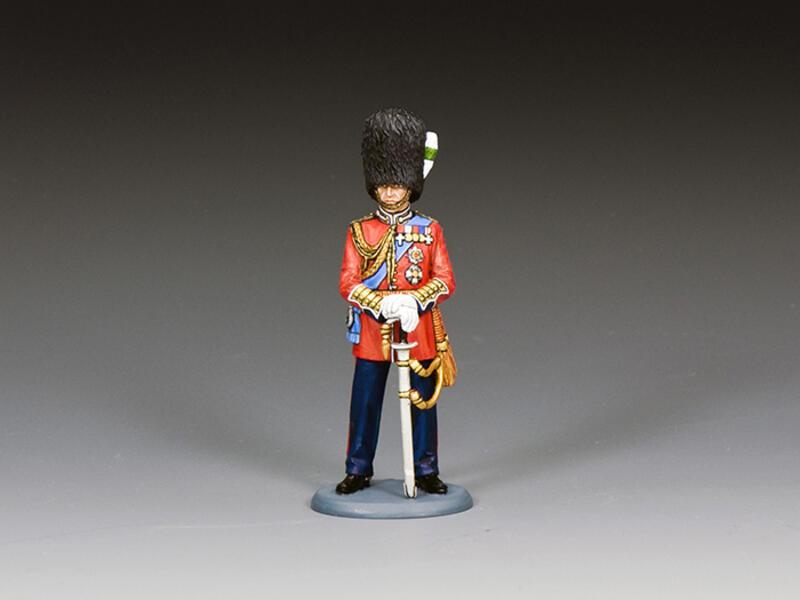 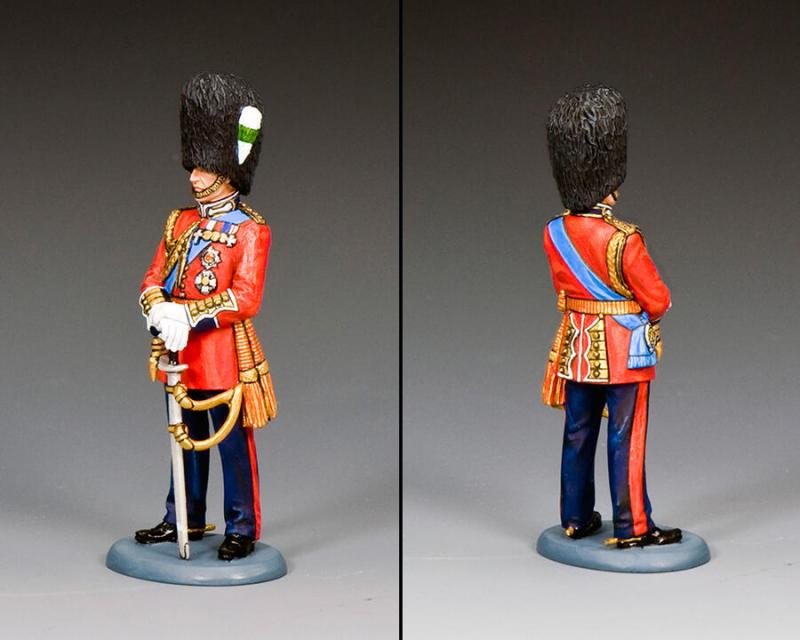 It has been a long tradition in the British Army that senior members of the Royal Family are given honorary titles connected to many of the Army’s most famous regiments.  Especially those regiments belonging to the Household Brigade whose first duty has always been to protect and defend the sovereign.

This standing figure of the King who was never crowned.  He abdicated in 1936 and is in the ceremonial, full dress uniform of the Welsh Guards, the Guards regiment he was most fond of.  After abdication, he became the Duke of Windsor, but would never wear this splendid uniform again.