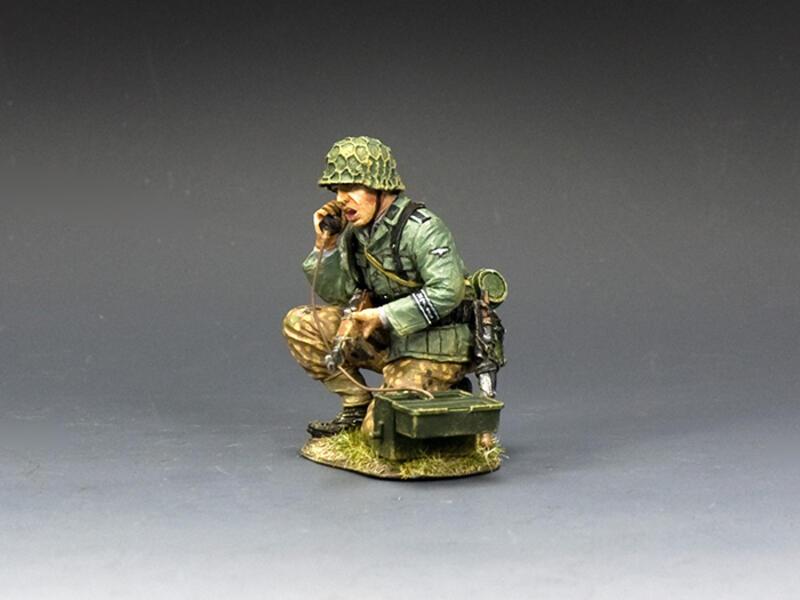 Crouching down beside his field telephone, this signaller receives the latest battlefield information… or perhaps instructions from a superior.