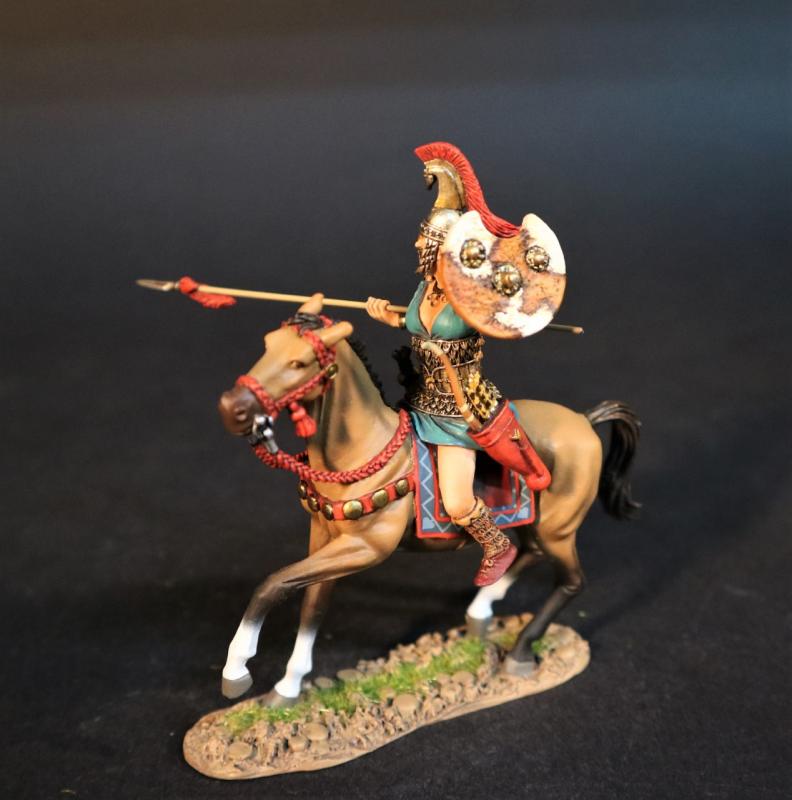 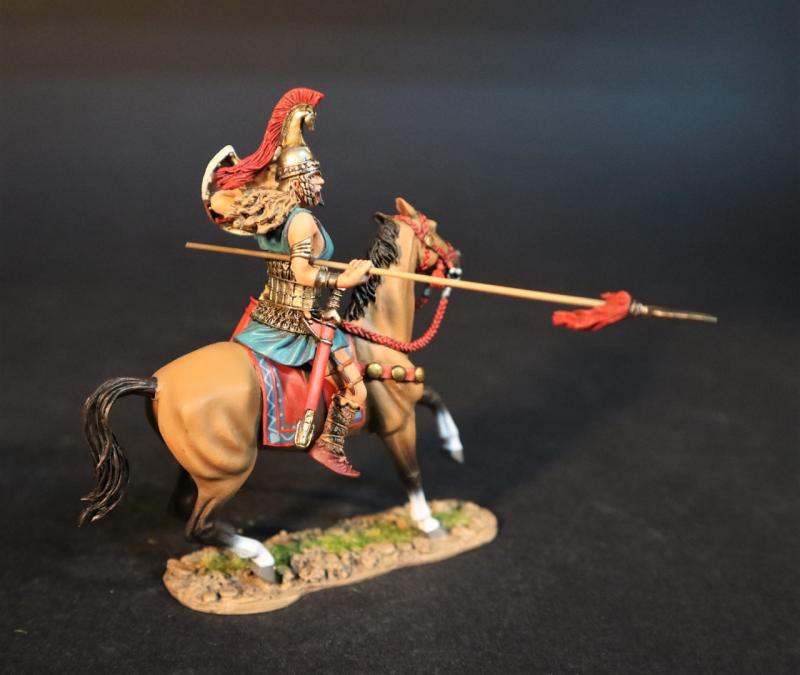 Hippolyta, The Amazons, Troy and Her Allies, The Trojan War--single mounted figure
$118.00

Hippolyta, The Amazons, Troy and Her Allies, The Trojan War--single mounted figure

HIPPOLYTA was a daughter of Ares and Otrera, queen of the Amazons and a sister of Antiope , Melanippe, and Penthesilea.

She wore her fathers’ ZOSTER, the Greek word found in the Iliad and elsewhere meaning “war belt”.

This “war belt” or magical girdle was the object that Heracles had to recover to complete the fourth task given to him during the myth of the Labours of Heracles.

Hippolyta figures prominently in the myths of both Heracles and Theseus.  The myths about her are varied enough that they may, therefore, be about several different women.

The name Hippolyta comes from the Greek, meaning “horse” and “let Loose”.