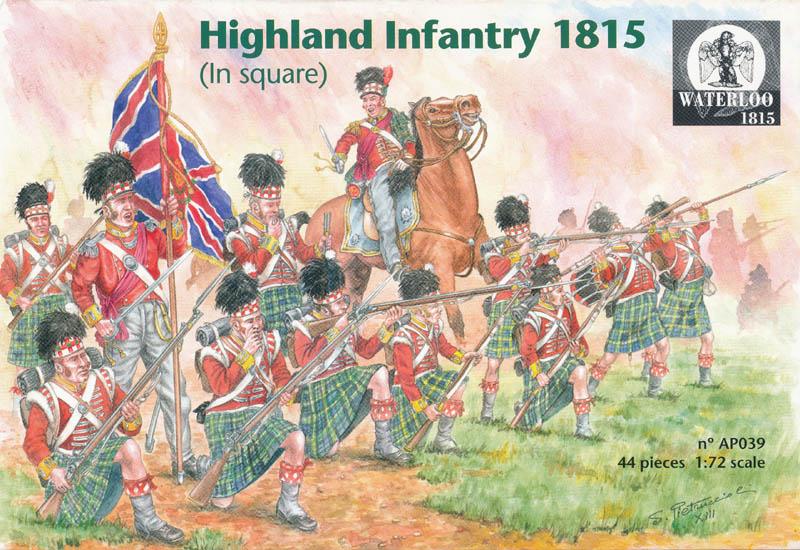 The Scots have long been considered excellent soldier material, and the history of Scottish regiments in the British Army goes back over a quarter of a millennium.  This set focuses on one of the most popular moments in that history:  the fight against Napoleon and, in particular, the events of 1815 (by which we mean the Waterloo campaign--Highland regiments serving in North America and the Empire in that year will not be taken into consideration here).  For the kilted regiments involved in the fighting of the Waterloo campaign (the 42nd, 79th, and 92nd), the hotter action of the campaign was at Quatre Bras, but their distinctive uniform and brave endeavours mean they will always be a popular icon for the Waterloo fight