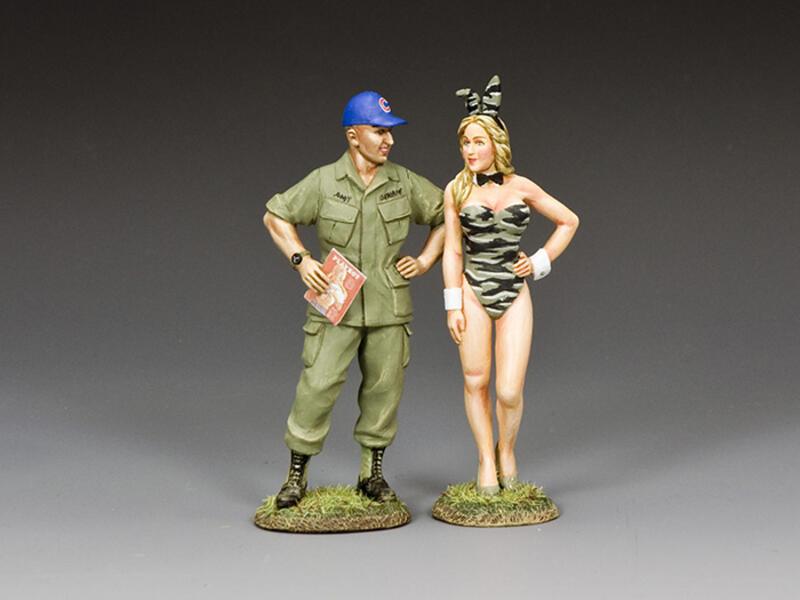 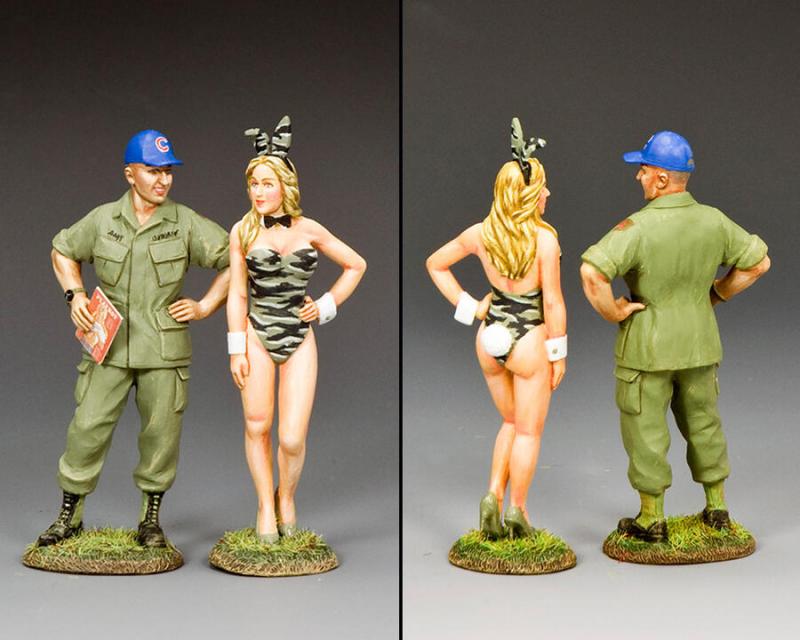 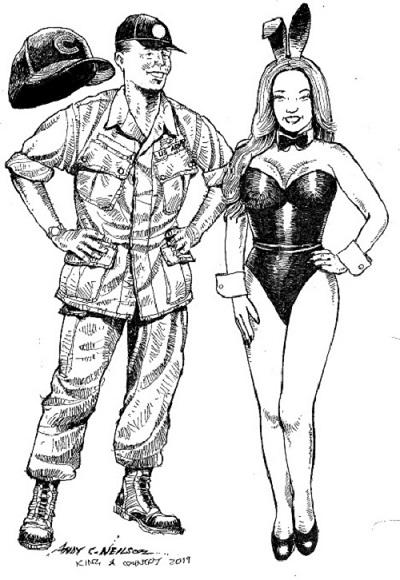 Back in normal times, just after the 2019 ‘Chicago Toy Soldier Show’, I met up with show organizers, Roger & Jan Garfield to discuss designing and producing a ‘Special Commemorative Figure’ to mark the 40th Anniversary of this great toy soldier event.  I suggested, and they agreed, to design a G.I. figure that would fit in with K&C’s own very popular ‘VIETNAM’ series.  Together we decided portray a typical G.I. in a more relaxed ‘off-duty’ situation… perhaps enjoying one of the many USO shows that went to Vietnam to entertain the troops.

To connect the figure to Chicago I decided to make him from Woodfield Illinois, the location of the Chicago Toy Soldier Show.

Our G.I. is also a ‘Chicago Cubs’ fan, hence his baseball cap.  And… we invited him up on stage, to meet a real, live ‘Playboy Playmate’ who also comes from Chicago.

Now, this gorgeous little ‘bunny’ knows she’s in a real, live combat zone which is why she’s wearing a specially-designed, ‘Tiger-Stripe’ camouflage bunny costume!  With a bit of luck our boy will get her to autograph his copy of ‘Playboy’, maybe even get a little kiss on the cheek and well… we’ll leave the rest to your imagination!  VN099 Many of these special two-figure sets will be going to Chicago and will be available from these three great K&C Dealers attending the Show:

A limited number will also be available direct from King & Country and other K&C Authorised Dealers AFTER THE SHOW.

Order yours now to avoid disappointment.