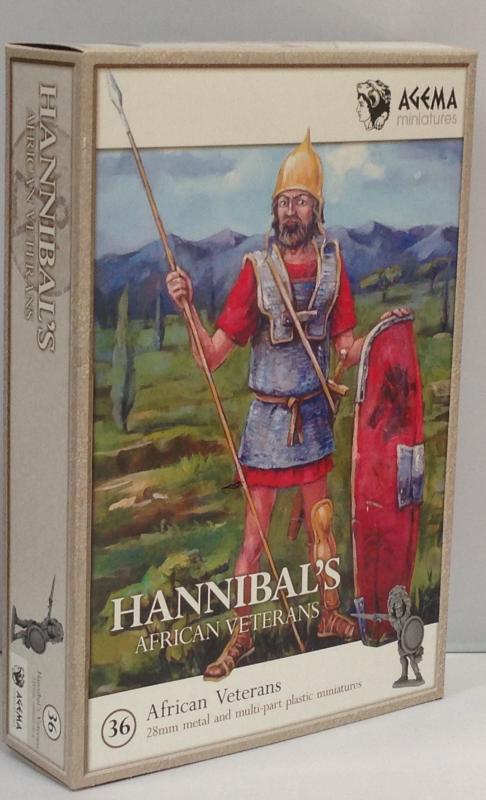 As Hannibal campaigned throughout Spain and Italy over a period of nearly 17 years, his army’s equipment regularly wore out. Following his great victories at Trebbia, Trasimine and Cannae, Hannibal would have collected vast quantities of Roman weapons and equipment with which to better arm and re-equip his troops – indeed, the ancient sources say that by the time of Cannae, the Africans in Hannibal’s army were almost indistinguishable from their Roman foes.

This box set allows you to create up to 36 veterans, and includes 40 metal Carthaginian heads in an assortment of Punic and Hellenistic Helmets, and 4 beautifully detailed metal Command figures.