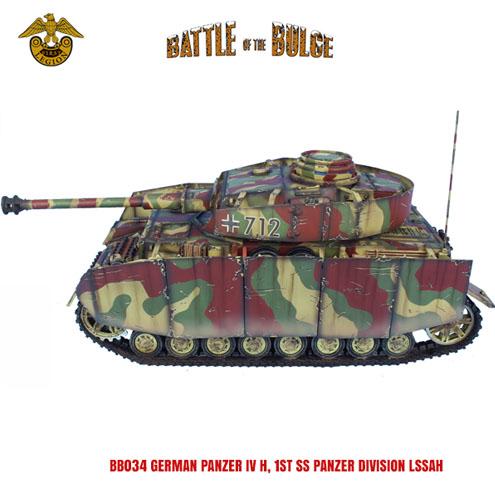 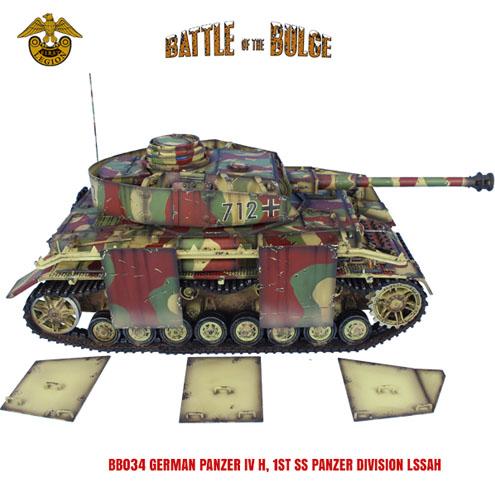 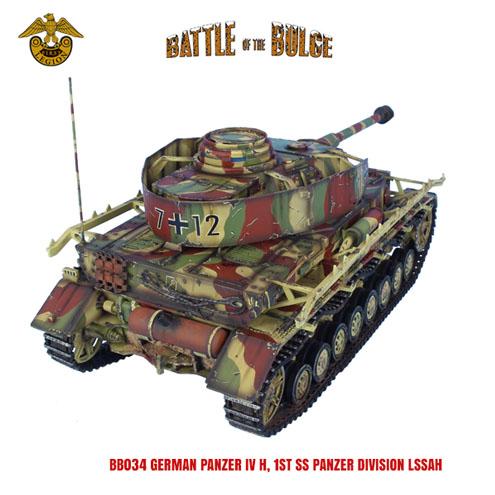 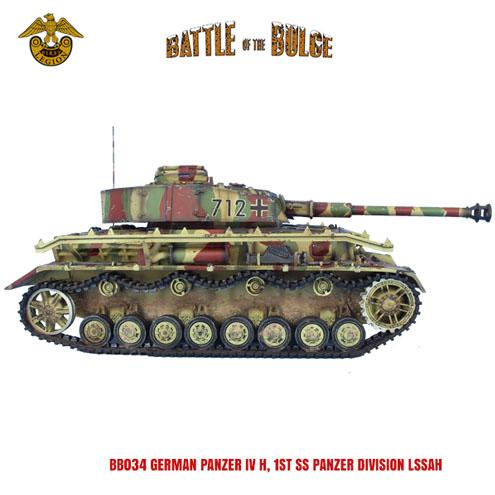 First Legion is extremely pleased to present the next vehicle in our “Battle of the Bulge” series, BB034 German Panzer IV  H!  The Panzerkampfwagen IV with all of its variants and evolutions throughout the war was the most highly produced and used tank by the German Army during WWII.

Our version is the latest version of the tank produced during the war and features both side and turret skirts, with the side skirts being removable to allow for a variety of display options.  With it's 7.5cm KwK 40 L/48 gun, it had plenty of penetrating power against most Allied tanks.  Our model is consistent with the other tanks we've relesaed in that it is part of the 1st SS Leibstandarte Adolf Hitler Division, Kampfgruppe Peiper.  With every hatch on the model being able to be opened or closed, there are a large variety of display options and different crew figures and tank riders from our available sets (sold separately) can be used with this stunning model.

One of the more iconic tanks of the war, we're quite pleased with our rendition of the Panzer IV H Late Version for our Battle of the Bulge figure series.  We hope you are as well!